How St. Rita miraculously saved a girl from a plague 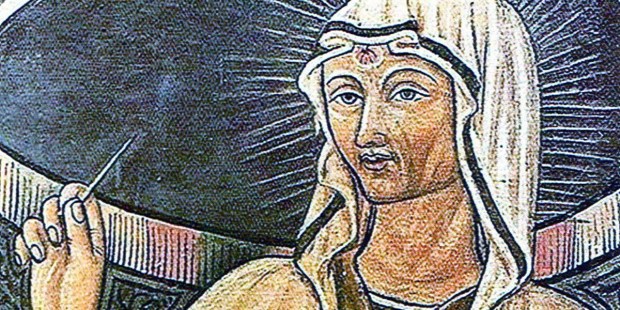 When many Italian cities were suffering from a contagious disease, one girl turned to St. Rita’s intercession.

St. Rita of Cascia is known by many as the “Patron Saint of the Impossible,” as countless miracles have been attributed to her intercession. One example comes from Italy during the 17th century, when a vicious plague ravaged many different cities.

According to an early 20th-century book entitled Life of St. Rita of Cascia, during 1656 a young girl who was devoted to St. Rita was exposed to the disease and was nearly buried with her relatives.

It happened that whilst she was sleeping one night with her two aunts they were both unexpectedly attacked by the pestilence, and both of them died that night whilst she was asleep. When she awoke she was so frightened by what had happened that she fell off into a faint so deep that she, too, was thought to be dead, and she was put with the two corpses on a cart and carried to the cemetery of St. Paul that had been arranged for those who died of that disease.

However, when they reached the cemetery, the little girl woke up and never contracted the disease, even though she was directly exposed to it.

When they were removing the bodies from the cart she was found to be alive and conscious, and was carried back to her home amidst the astonishment and joy of all who were present. When she was asked at home how it was that she was alive, she answered, ‘I do not know, except that when I awoke and saw that I was lying between two dead bodies I said, “Blessed Rita, help me.”‘ Now, let us ask how could a person of tender years, after being so long between two persons just then dead of the plague, escape the contagion without the special favor of heaven, or of that saint who had been the special protector of her devout client? How admirable, indeed, is God in His saints!

This was not the only time that St. Rita interceded for those who were ill and close to death. While miracles are not always guaranteed to those who pray to St. Rita, God’s will is always done, even if it isn’t the answer we were expecting.

Read more:
A prayer to St. Rita of Cascia, for an impossible cause