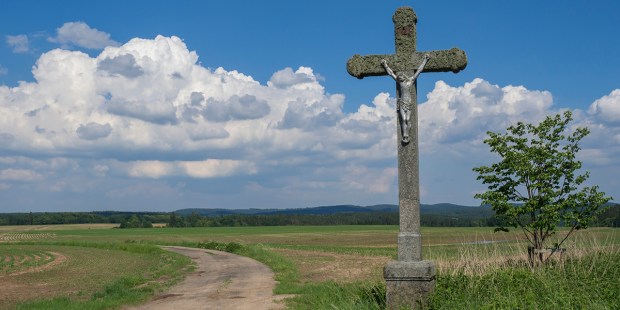 In fact, pandemics in the first and again in the 2nd centuries led to the expansion of the Church.

Did you know that Christianity became the dominant force it did in the West because of two pandemics?

In his book The Rise of Christianity, scholar Rodney Stark points out that it was two great disease epidemics, in 165 and then a hundred years later, that paved the way for the Christianization of the West.

“Had classical society not been disrupted and demoralized by these catastrophes, Christianity might never have become so dominant a faith,” he says.

How did that happen — and what can we learn from these Christians of the past?

First, Christians had hope in the face of hardship.

The pagan gods the Romans relied on failed them in hard times. “In contrast, Christianity offered a more satisfactory account of why these terrible times had fallen upon humanity,” Stark writes. “It projected a hopeful, even enthusiastic, portrait of the future.”

Christians know hardship will come — and we know that life is filled with beauty and grace anyway.

Second, Christians even had hope in the face of death.

Stark says he probably first encountered the idea that Christianity rose amid pandemic from William McNeill’s book, Plagues and Peoples.

“Another advantage Christians enjoyed over pagans was that the teachings of their faith made life meaningful even amid sudden and surprising death,” wrote McNeill. “[E]ven a shattered remnant of survivors who had somehow made it through war or pestilence or both could find warm, immediate healing consolation in the vision of heavenly existence for those missing relatives and friends.”

As we are learning the hard way in our own time, community is absolutely necessary to human survival. What is coming to us as a painful lesson of what we forgot came to the first Christians as an exciting discovery.

“Christianity did not grow because of miracle-working in the marketplaces … or because Constantine said it should, or even because the martyrs gave it such credibility. It grew because Christians constituted an intense community,” Stark wrote.

Christians gave care and dignity to the homeless and poor, allowed strangers to find a place in a new city, and were peacemakers amid ethnic violence.

“Christian values of love and charity had, from the beginning, been translated into norms of social service and community solidarity,” Stark wrote. Their love and care for each other before, during, and after the pandemics was so strong nothing could break them.

Fourth, Christianity did so well because Christians were so charitable.

Christians served others with care and intentionality, promoting healing and hope.

Stark mentions an Easter letter by Dionysius, Bishop of Alexandria, celebrating the Christians who served the sick in pandemic — the first #HeroNurses tribute.

Dionysius wrote, “Most of our brother Christians showed unbounded love and loyalty, never sparing themselves and thinking only of one another. Heedless of danger, they took charge of the sick, attending to their every need and ministering to them in Christ.”

Fifth, early Christians were enthusiastic about the way they had found. They were great evangelizers.

The most important trait of all, though, says Stark, was Christianity’s propensity to share the Good News.

“[T]he primary means of its growth was through the united and motivated efforts of the growing numbers of Christian believers, who invited their friends, relatives, and neighbors to share the ‘good news,’” he said.

Which makes me wonder: Does all this describe Christians still? Or does it describe others instead?

Have Christians faced hardship and even death with indomitable hope? Do Christians still build strong communities? Are we eager and enthusiastic to evangelize?

It could be that the hope in the pandemic came from elsewhere — from John Krasinski’s Some Good News and from the kinds of efforts featured on his program.

And it could be that we did too little — that we did the minimum, or less, and didn’t encourage and evangelize, but accused, complained and criticized.

Which brings me to another way the early Church triumphed — through forgiveness.

The early Church was not perfect. In 250, Emperor Decius required all Roman citizens to publicly sacrifice to idols. Many Christians — including Church leaders — either participated or fled, leaving their flocks abandoned.

In order to move forward, the Church had to find a way to forgive the “lapsed” — those who had behaved with cowardice and capitulation. Not only did it do so, but the whole effort helped give the Sacrament of Reconciliation its current shape.

We too may be angry at the Church, or our neighbors, or ourselves, for how we behaved in the pandemic. Enough.

What is needed above all right now is hope. Build community. Serve. Evangelize. Forgive.

It’s a new day, and the field is ripe for the harvest.