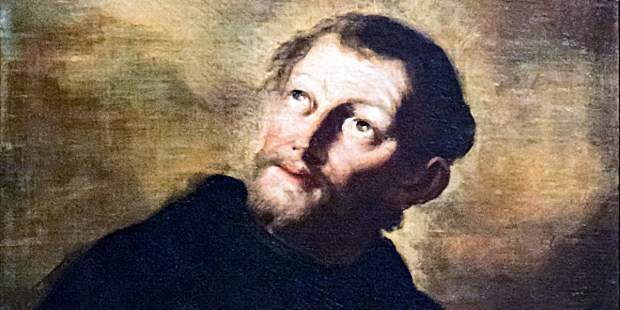 St. Philip was tormented daily, but easily dismissed the devil with the Virgin Mary’s help.

St. Philip Neri was a holy priest during the 16th century who was widely known for his sanctity. After his death, the effectiveness of his ministry even gained him the title of “Second Apostle of Rome,” showing how much he positively influenced the city.

However, his activity did not go unnoticed by his fiercest enemy, the devil.

Satan tried with all his might to tempt or scare St. Philip away from his apostolic activities.

For example, Pietro Giacomo Bacci explains in his book The Life of Saint Philip Neri, “So bitter was the devil’s hatred to Philip, that whenever he prayed or performed any action at all of a religious nature, he almost always endeavored to disturb or annoy him.”

The average person may have been frightened by such attacks, but St. Philip stayed calm and knew exactly what to do.

One night when the Saint was praying, he appeared to him with a terrible aspect in order to frighten him, but on Philip’s calling to his aid the Queen of heaven, the evil one instantly disappeared. Another time, when the Saint had retired to a sort of platform above his room, the demon, not being able to do him any other mischief, splashed his clothes all over with dirt; another time he tried to injure him by causing a plank to fall upon him; and when the Saint was ill, the devil used often to put out the light which was kept burning in the room.

These episodes would happen on a regular basis, but they didn’t dissuade him from pursuing holiness. Instead, he knew exactly how to defeat the devil.

Many a time also Philip would say, “The devil tried to frighten me last night, but I recommended myself to the most holy Madonna, and she delivered me.“

He didn’t rely on his own strength and power, but on God’s, especially through the Virgin Mary’s intercession.

This correlates with experiences of exorcists, who have repeatedly said how the devil hates the Blessed Mother. She is the ultimate example of faithfulness to God and is a thorn in the devil’s plans.

St. Philip knew this well and whenever he was tempted, flew to the Virgin Mary for help and was never disappointed.

Read more:
How the Virgin Mary protects her faithful children from all evil