Will Ireland bring back Mass rocks to fight coronavirus? 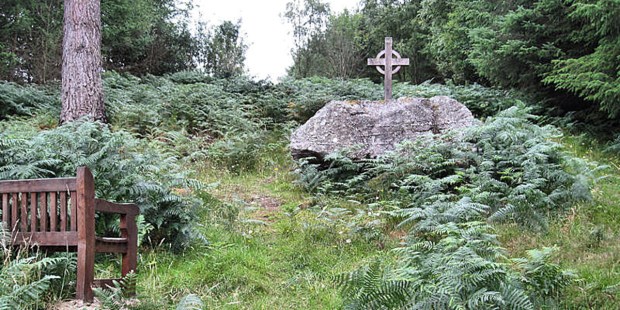 These remembrances of persecution could become more than a testament to past bravery.

In the 17th and 18th centuries, Catholics in Ireland were forbidden from practicing their faith. In many places, Mass was illegal and a priest found celebrating the Sacraments could be punished by death.

Irish Catholics, however, came up with an ingenious solution: the Mass rocks.

In sheltered valleys and windswept outcrops around the country, the Irish faithful built stone altars. When a travelling priest was passing through, the local inhabitants would gather at the Mass rock while a few kept lookout for British patrols. There, the priest would celebrate Mass in secret and the people, faithful and hungry for the Sacraments, could finally receive the Holy Eucharist.

Mass Rocks became part of the history of Irish Catholic resistance to British rule and a symbol of the faith of the Irish people. Through the very worst of times, they held fast to their ancient Catholic faith.

Now, in the wake of the social distancing restrictions, one Irish politician has suggested Mass rocks could be used again.

Councillor Ger Deere from County Mayo, Ireland, has proposed re-using old Mass rocks and even setting up new Mass rocks so the faithful could attend Mass and still maintain social distancing. New Mass rocks, he said, could be constructed in fields, parks, or car parks.

“People are missing attending public Mass. If the Mass rock service was to be introduced it would be very easy to do social distancing in a community field or at a crossroads,” Deere told The Connaught Telegraph.

While churches are open in Ireland, public Masses are still prohibited.

So far, Ireland has recorded more than 24,000 cases of coronavirus and 1,600 deaths. The modern-day Mass rocks could provide an opportunity for Mass to be celebrated both reverently and safely.

During Penal Times, the Mass rocks become places where people gathered in hope and solidarity. The Coronavirus crisis, Councillor Deere said, had also “brought out a great sense of community spirit.”

After the crisis had passed, the new Mass rocks could even be marked with plaques, he added, “to remind future generations” of this difficult period.

The Mayo Councillor said he would be in contact with the Archbishop of Tuam, Dr. Michael Neary.

Perhaps, for the first time in hundreds of years, the Mass rocks won’t just be a historical reminder of Irish people’s steadfast faith in Christ and the Catholic Church. They could also be a living witness to the ingenuity of the Irish people and their determination to receive the sacraments, come what may.

Read more:
This saint was sent to Ireland before St. Patrick