Feeling lonely and isolated? Try humming this hymn to prepare for Pentecost 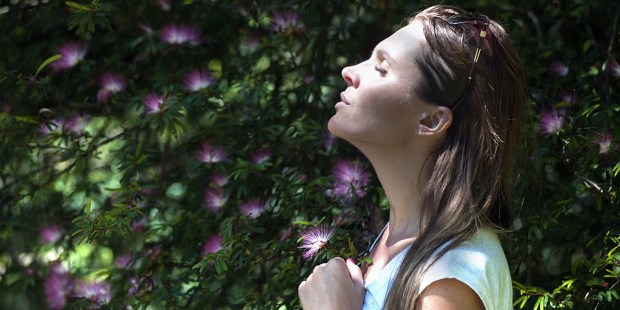 The feast day is May 31: Expect God to meet you in a special way!

It’s important to remember that those present at the first Pentecost didn’t know exactly what to expect. Sure, the Advocate had been promised (John 14:26), but Jesus’ followers had not yet received his comforting Presence. So the apostles and Our Lady met in Jerusalem during a time that interestingly coincides with the Jewish holiday of Shavuot, a festival that commemorates the wheat harvest and when God gave the Torah to the nation of Israel.

Christ’s followers had gathered then during this Jewish holiday, also known as the Feast of Weeks (Exodus 34:22), where they prayed in the Upper Room for nine days prior to the descent of the Holy Spirit (Acts 1:12-14).

[Note: Pentecost, our Church’s birthday, is 50 days after Easter, hence pente means fifty in Greek; also note that the nine-day period of prayer preceding the Feast is where we hatched the concept of a “novena,” a Latin word meaning “nine days”].

I imagine this first novena as an anxious and lonely one, but maybe that’s because I’ve been feeling a little anxious and lonely myself lately. We know from Scriptures that Jesus had ascended. Perhaps those he left behind felt, in many ways, orphaned and all alone. I’d imagine it took some eager souls to pray for nine days straight, as I often get tired after praying for only a few minutes – I hate to admit that but it’s true.

So I often fortify my prayer time with St. Augustine’s wisdom: “A prayer sung is said twice.” And when I can’t sing, I hum or whistle (like one of Snow White’s Dwarfs, because they were really onto something there). Also, it’s a great way to dispel the silence.  So lately, at the stove or in the car, this classic hymn has been a consolation:

Come, Holy Ghost, Creator blest,
And in our hearts take up thy rest; (I love that line!)
Come with thy grace and heavenly aid
To fill the hearts which thou hast made

Because in these modern times when it’s easy to have thousands of friends on social media, and yet hardly any in real life, it’s especially important for a Christian to find his or her deepest comfort in the Holy Spirit – our constant companion, advocate and guide. Personally, I started realizing this dire necessity 15 years ago when I gave up a fun job in a busy office to be a stay-at-home mom. Certainly, giving up my chatty lunch hour with colleagues seemed like the best choice for me at the time. Yet when reality set in, and I hadn’t changed out of sweatpants for six months straight, I found myself missing face-to-face banter with other adults so much that I fell on my knees in prayer.

I opened my eyes to see my kid standing there holding a Ninja Turtle. Sure, he wanted to talk to me about something mind-numbingly meaningful like what that Ninja Turtle wanted for lunch (“pizza – can we have some too?”). But the Holy Spirit broke through in that moment: “Talk to me!” he said in the voice of my child, even though it’s taken me years to figure out how. Lately, singing (or humming or whistling) has helped:

O Comforter, to thee we cry,
O heavenly gift of God Most High,
O fount of life and fire of love,
And sweet anointing from above

There are many versions of the song that all stem from the 9th-century Veni, Creator Spiritus, written by the Benedictine Monk Rabanus Maurus. Probably my favorite version is Come, Holy Ghost, Creator Blest by Jesuit composer Louis Labillotte (1796 – 1855) arranged and sung by the Schaals.

I absolutely adore this interpretation of the piece, even though the lyrics are not among the ones that include the Greek term Paraclete, in reference to the Holy Spirit. This term, used often in older versions of the hymn, is especially meaningful to me because its original parakletos means “called to one’s side.” Very often, people substitute the legal term “advocate” here, but I prefer to meditate on the literal meaning of the word, humming the hymn as I jog around my quiet (sometimes too quiet neighborhood), knowing as I push myself onward that I am never alone – because He is beside me.