The Holy Spirit came when the future looked hopeless 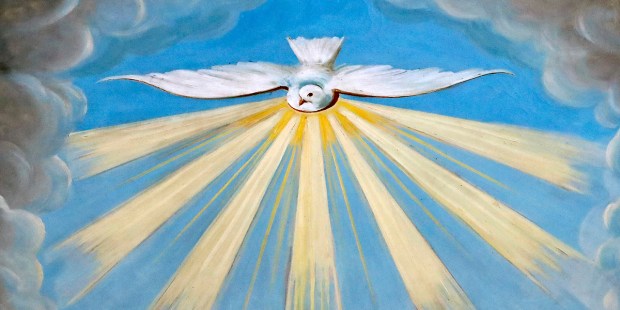 It was a depressing time to be an apostle, but then everything changed in an instant!

Imagine yourself as one of the apostles of Jesus. He dies a gruesome death, rises from the dead, but then leaves you and your friends alone.

It must have been a confusing time, and while Jesus did promise to send an “Advocate,” it still wasn’t very specific.

Furthermore, think about those who believed in Jesus’ words, but weren’t apostles. They were entirely on the outside and to them, Jesus died and they might have heard rumors of his resurrection.

The future, to some of his disciples, must have appeared hopeless.

Rev. John Freeland, in the Pulpit Commentary on Catholic Teaching, further expands on this reflection.

Nothing could have well appeared more hopeless than the affairs of the religion of Christ on that first day of Pentecost …The Divine Founder had left it without His visible presence. The last of Him seen by the Jewish people was His crucifixion. He had died between two thieves, surrounded by a crowd in whom the hatred of the whole human race seemed to have become centralized…He was dead; His followers had been dispersed; the beginnings of the new religious movement had been taken up by the roots; the thing had come completely to an end. Thus it must have appeared to all.

However, it was precisely in this hopeless situation that God rushed in, turning it upside down.

But men forgot, as men do forget, that, when affairs have the gloomiest outlook, then God most of all delights to show and to make manifest His power. Almost every feature connected with the commencement of the Christian religion is of a miraculous kind. Twelve poor men, without culture, with very little knowledge as the world understands the term, speaking with an accent the despised dialect of Galilee, stood, on the first Pentecost day, before the inhabitants of Jerusalem to preach to them “Christ and Him crucified.” For forty days previous to this they had been in concealment, afraid; now, suddenly, their fears are gone.

Furthermore, a veil is lifted on the people and many who did not believe in Jesus, now come to him through the outpouring of the Holy Spirit.

And the people who would not listen to the gentle pleadings of the Master now eagerly drink in every word of the accusations made by the disciple. They obey the call to penance to the number of five thousand and are baptized. This was the beginning of the Catholic Church.

It is important to remember this lesson, as often our own lives will experience a gloomy day when everything appears lost.

However, God is always ready to turn the tables and when it is the right time, everything can change in an instant.

We must keep the faith and hope in the Lord, for when we least expect it, he will bring peace and joy back into our lives.

Read more:
Jesus appeared to his apostles during a lockdown

Read more:
How Jesus’ presence is still with us after his ascension