The close friendship behind the controls of the SpaceX Crew Dragon 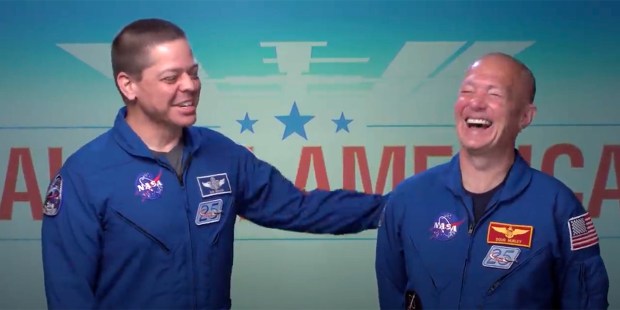 Astronauts Bon Behnken and Doug Hurley’s friendship is out of this world!

When NASA astronauts Bob Behnken and Doug Hurley took off from the Kennedy Space Center in Florida on Saturday they marked the first successful rocket launch off American soil in nine years. However, it was also a first in their close friendship which has developed over their 20-year career at NASA.

“… Being lucky enough to get to fly with your best friend is kind of a — I think there’s a lot of people that wish they could do that, and we’re lucky enough to do it.” explained 53-year-old Hurley in the NASA promotional video below.

The two astronauts had planned the mission, which saw them successfully land on the International Space Station, meticulously over a two-year period. While they were friends before, in this time they’d really got to embrace each other’s flaws and strong points. And thankfully the experience brought them even closer together — which really can only be helpful when you consider the close confines of a rocket ship!

So when they climbed into their space suits and the SpaceX Crew Dragon spacecraft, the two men were comfortable not only in their technical expertise, but in the knowledge that they’d have each other’s backs.

Their close bond has developed, at least in part, from shared family experiences. They both married women who played roles in space missions: Nehnken married Meghan McArthur, who was involved with a 2009 shuttle mission; and Hurley married fellow astronaut Karen Nyberg, who actually spent six months on the International Space Station in 2013.

Their similarities also go beyond their spouses’ careers. Both men laughed as they shared how their fathers were their first employers — and possibly their toughest. And the role of fatherhood is very important to both men: Behnken has a six-year-old, Theodore, and Hurley has a 10-year-old son, Jack.

“I think it’s a pretty cool looking vehicle and my 10-year-old son certainly thinks it’s a cool vehicle with a cool name, Dragon. So I got the thumbs up from him and in the end, that’s all that matters,” Hurley shared with the New York Times.

With the astronauts living their dream of heading into space as best friends, and according to People Magazine, with a stuffed dinosaur toy, the mission will hopefully end with the two of them landing safely into the cool waters of the Atlantic. In the meantime, as they complete their highly technical tasks, they can hopefully get some time to sit back and enjoy the view of God’s creation and share the experience with their families together once they’re back on Earth.

Read more:
What are the advantages of marrying your best friend?