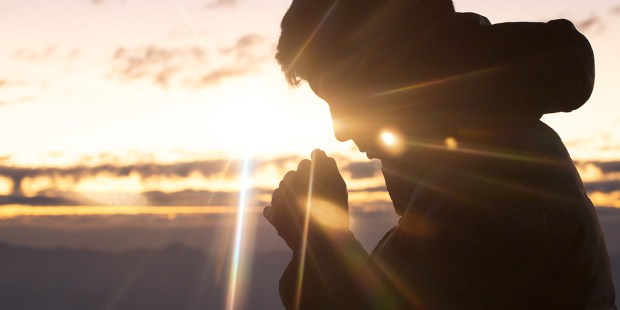 Trinity Sunday marks the beginning of a new initiative to prayerfully unite Christians against racial injustice.

The horrific death of George Floyd has sparked a flurry of emotions worldwide, with both peaceful and violent protests occurring in nearly every major city. For many it has brought to the forefront the sad reality that racism still exists, with calls for concrete steps to combat it.

The Knights of Columbus, a Catholic fraternal organization founded in 1882 by the Venerable Father Michael J. McGivney, has called for a novena of prayer in response to the current situation.

Supreme Knight Carl Anderson explains in a press release, “We ask all people to come together in solidarity to forge a path forward — free of discrimination and hate — for our nation. The Knights join Pope Francis in urging all to express their anger and cries for justice in non-violent ways to end the sin of racism.”

The novena begins on Trinity Sunday and was chosen specifically for the theme of unity that the feast expresses.

The Knights have a long history of supporting civil rights for all and from the very beginning accepted members of any race.

Daniel Colwell, a founding member of the Order noted: “[The Knights of Columbus] was designed to unify American Catholic citizens of every national and racial origin in a social and fraternal organization.”

Furthermore, The Knights was the only organization to run integrated facilities in World War I, and the organization commissioned a Black history by W.E.B. Dubois in the 1920s while also openly opposing the racial and religious intolerance of the Ku Klux Klan.

Anderson stressed the need to unite under the banner of prayer to ask for God’s grace in our response to the current world situation.

“Please join me in offering this prayer for national unity and an end to racism. May we pray for the strength to learn from the courageous example of Dr. Martin Luther King, Jr. and from the leadership of our Holy Father, and to continue to work to build a society that recognizes the dignity and brotherhood of all.”

The prayers for the novena can be accessed on the Knights of Columbus website.

Read more:
Knights of Columbus founder to be beatified

Read more:
The Knights of Columbus are stepping up to help the Vatican during pandemic