In Pakistan, family seeks the return of 14-year-old daughter held in forced marriage 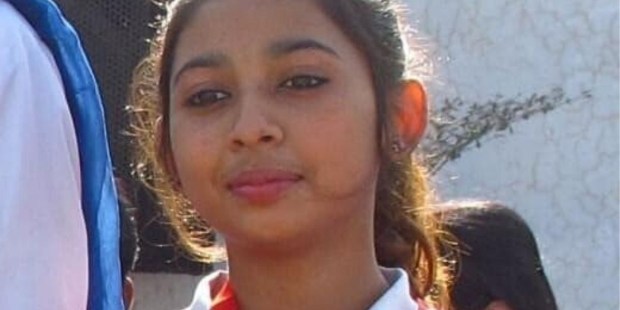 Lawyers for the family say the girl was taken at gunpoint, and forced to marry and abandon her faith.

A Christian family in Pakistan have gone to the High Court in their fight to win back their 14-year-old girl, who they say was abducted by a man who forced her to marry him and demanded she abandon her faith.

Lawyer Khalil Tahir Sandhu confirmed to Catholic charity Aid to the Church in Need (ACN) that on June 2  he submitted a petition to Lahore High Court Chief Justice Muhammad Qasim Khan to appeal the case of Maira Shahbaz.

The family want to overturn the ruling of Faisalabad Magistrates’ Court which on May 5 declared that Catholic girl Maira is 19 and, as such, is validly wedded to Muslim man Mohamad Nakash, who is already married with two young children.

Witnesses described how on April 28 Maira was walking close to her home in Madina Town, near Faisalabad, when Nakash and two armed accomplices drew up in a car, abducted her and fired guns into the air as they made off at speed.

Sandhu told ACN: “I am trying my very best for the case. Maira’s mother [Nighat Shahbaz] is so very sad – in fact she is a picture of sadness.

“You cannot imagine the shock of losing your daughter and losing all contact with her.”

He said that when Nighat Shahbaz saw her daughter at last month’s magistrates’ court hearing, she collapsed and was rushed to hospital with a heart attack. She is making a slow recovery.

Sandhu said: “The case for Maira being a minor is very strong. There are so many gaps and weaknesses in the opponent’s argument.”

He cites a birth certificate and other official documentation from her local church and school to prove that Maira is 14.

Sandhu claims a marriage certificate Mr Nakash produced in court is a fake.

The document purports to show he wed the girl last October, when she was only 13.

Nakash argues that, in spite of law, which forbids marriage to minors, marrying Maira is sanctioned by Islamic custom which, he claims, says it is valid, provided the girl has had her first period.

Sandhu said: “In cases like this what we so often see is that, after two or three years, the people send back the girl to the family by which time they have satisfied their lust and have had enough of her.”

A one-time university room-mate of fellow Christian Shahbaz Bhatti, assassinated in 2011 while serving as Pakistan’s federal minister for minorities, Sandhu said: “What motivates me is my faith in Jesus and I am reminded of the Gospel passage where Christ reveals how he has been sent to set the captives free.”

As a charity for persecuted and other suffering Christians, ACN supports the National Commission for Justice and Peace and other organisations in Pakistan which provide legal and paralegal aid for minorities and help for those forced into hiding.