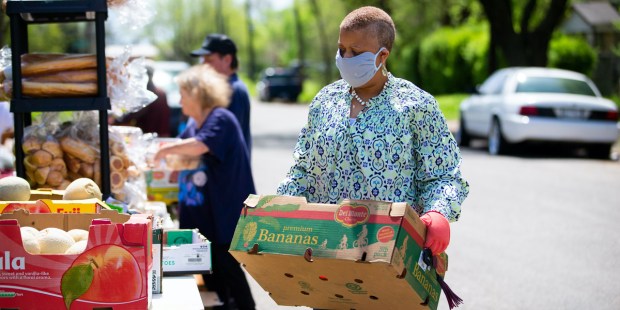 Early on in Albert Gubay’s business career, while struggling to make ends meet, he promised God that if he became rich he would give half his money to the Church.

A foundation set up by a man who made millions from a supermarket chain donated $1.3 million to the Catholic Church in England and Wales to help alleviate hunger.

Cardinal Vincent Nichols, president of the Catholic Bishops’ Conference of England and Wales, issued a video statement thanking the Albert Gubay Charitable Foundation for its “exceptional and magnificent” £1 million donation to help Catholic charities cope with poverty caused by the COVID-19 pandemic.

The foundation was started in 2010 by billionaire businessman Albert Gubay, who died in 2016.

“In consultation with the foundation and the four other Metropolitan Archbishops [in England and Wales], a process was established to enable Catholic charities to apply for emergency grants to support front-line action in tackling poverty such as for food banks, food vouchers and crisis schemes targeting those most in need,” said a statement from the bishops’ conference.

Nichols said that over £400,000 was allocated to strengthen the work of local food banks and the direct provision of food; over £250,000 to augment programs of food vouchers for the poorest impacted by COVID-19, and over £335,000 for the immediate financial assistance of those in extreme circumstances.

The gift will be spent “on the immediate relief of hardship, and, I stress, its effects will be felt across the whole of England and Wales” Nichols said.

The foundation, in a pop-up on its website, noted that the COVID-19 pandemic has made things more difficult for “those already facing disadvantage.” It therefore temporarily changed its priorities to accept grant applications only from food banks or crisis funds run by registered charities in England, Wales, the Isle of Man and the Republic of Ireland.

Albert Gubay was born in 1928 in Wales to an Iraqi Jewish father and a Irish Catholic mother. Early on in his business career, while struggling to make ends meet, he promised God that if he became rich he would give half his money to the Church. He went on to found Kwik Save supermarkets and the Total Fitness gym chain. He was also involved in property development.

In the 1980s, Gubay offered to pay for a replacement church for St. Anthony’s on the Isle of Man, where he resided, and suggested that a focal point of the new church could be a window illustrating Christ walking on Douglas Bay.

In 2011, Cardinal Nichols presented Gubay with a Papal Knighthood bestowed on him by Pope Emeritus Benedict XVI  for his philanthropic work carried out over many years.