Can anger be righteous? 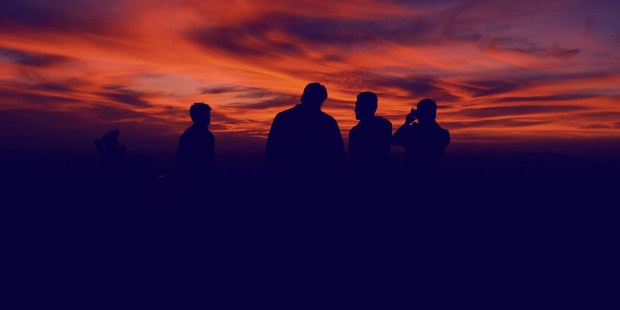 Anger, in itself, is not a bad thing. However, it needs to be governed.

If the last several weeks have taught us anything it is that Americans are angry. The death of George Floyd has brought to the surface, in no uncertain terms, the incredible frustration felt by many people in this country. And, what is more, is that this frustration does not seem to be divided along party lines or relegated to certain parts of the country. Frustration is real, perhaps for differing reasons, but real nonetheless.

And in these past weeks this frustration has turned into anger. Protesters and rioters alike testifying to this. And while we must support our right to peacefully protest and condemn any and all acts of rioting and violence, we ought to be asking ourselves: Is this anger justified? Is anger a proper and reasonable response or is it just an impulse reaction that ought to be checked? Are Christianity and anger compatible?

To begin to answer this question we need to understand that it is, in fact, an important question to ask. Sure, people feel angry all of the time. Sometimes over little things and sometimes over great things. Anger seems to be part and parcel of human living. One response to this reality could simply be that, well, because we feel angry it is okay to be angry.

This is a dangerous position to hold. To be governed by feelings, unchecked by anything else — reason, facts, other people, etc.. — degrades the human person. It makes us into the play-thing of emotions. Changing who we are and what we stand for every time we feel something new. But we are more than that. We’re better than that. We’re called to be greater than that.

We need to affirm a more balanced approach here. Anger, in itself, is not a bad thing. It is a passion, a human response to something in our lives. Anger is an act of feeling that, in the face of injustice, provokes us to right the wrong. Anger helps maintain justice, balance, and equality between people. It arises when this equality is damaged or does not exist. We can think of anger as a natural red flag in our lives. It signals to us that something is out of sorts.

Anger, though, because it is a passion, needs to be governed. It cannot run unhinged. Out of control anger devolves into hatred, which is a vice. Hatred, properly speaking, desires evil for the sake of evil. Hatred seeks to harm, rather than to right. To think, or speak, or act out of hatred, in the end, is self-defeating. It destroys the cause that we are after. To be motivated by hatred is to participate in evil. Nothing good can be brought about by evil means.

When we feel anger, as so many Americans do right now, we have the responsibility to ask ourselves: Why am I angry? What injustice has occurred? Do my actions serve to right this injustice as Christ would? Or is my anger devolving into hatred?

We have this responsibility for two reasons. First, because everything that we do redounds to eternal life. The consequences of our actions and our choices either contribute to our holiness or they do not. There is such a thing as righteous anger. But there is also such a thing as vicious or evil anger. We cannot lose sight of this reality. Second, we have to consider the ramifications of our anger with respect to other people. The restoration of justice or the creation of justice can never be done by trampling on or degrading the humanity of other people, whether or not we agree with them, and even whether or not they are the culprits of injustice.

Our country and our world needs saints, not a vicious mob.  Justice is at stake here, but, more importantly so are souls. It is the person in pursuit of holiness, moved by the grace of Christ, who is able to think and act with a righteous and good anger in the face of injustice and frustration, not governed by the fickleness of feeling, but motivated by charity.