Priests in Rome will be offered free coronavirus antibody tests 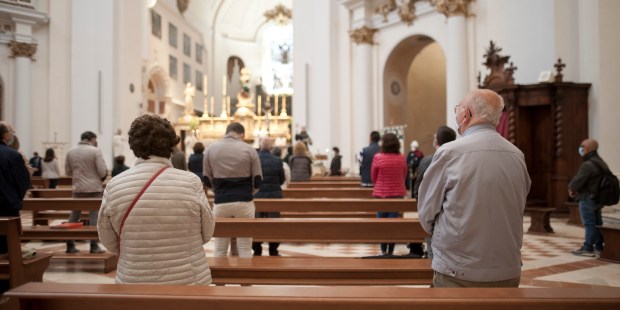 As the Catholic Diocese of Rome emerges from lockdown, priests may register for free antibody tests which could indicate immunity.

The Catholic Diocese of Rome has announced that it will offer free COVID-19 antibody testing for all of its priests, reported the Catholic News Agency.

The presence of antibodies from someone who has been infected and recovered could mean that that person could have some immunity to the coronavirus. However, no conclusive data exists at this time to show that having antibodies in one’s system offers protection from infection. The World Health Organization (WHO) has warned that there is no evidence serological tests can show whether a person is no longer at risk of getting reinfected.

The serology testing of priests comes out of a joint partnership between the Diocese of Rome and Rome’s Lazzaro Spallazani National Institute for infectious Diseases. Priests who wish to be tested should register with the Diocese by June 15.

Since the beginning of the pandemic’s spread in February, Italy has suffered 34,167 deaths, the four highest after the United States, Britain and Brazil.

Italy has seen its daily cases decline from a peak of 6,557 new cases on March 21 to 379 cases on June 11. The country has gradually emerged from lockdown, with factories, construction, eateries and bars opening in early May, and restaurants, bars, hairdressers and beauticians opening later in the month.  Churches and basilicas also opened for Mass, with social distancing restrictions that mandate that attendees sit far apart and wear masks.