Catholic schools in danger: Pandemic leading to scores of closures 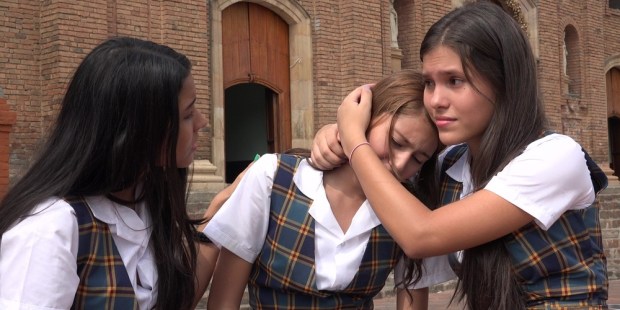 Coronavirus is last straw for many institutions, which have struggled for years.

About 100 Catholic schools in the United States have announced in recent weeks that they won’t reopen this fall.

We’re not talking about schools that decided to continue online learning rather than in-person instruction because of the coronavirus pandemic. We’re talking about just not reopening. Closing for good.

Already facing difficulties, many Catholic schools have found the pandemic to be the last straw.

The National Catholic Education Association said that the closures will reduce the number of Catholic K-12 schools in the United States to about 6,000, down from more than 11,000 in 1970. Overall enrolment has plummeted from more than 5 million in the 1960s to about 1.7 million now.

It’s mostly elementary schools that are shutting down this year, but so are some “venerable and beloved high schools,” reported the Associated Press. That includes the Institute of Notre Dame, a girls’ school in Baltimore founded in 1847, whose alumnae include Nancy Pelosi, Speaker of the House in the United States House of Representatives; Immaculate Conception Cathedral School of Memphis, Tennessee, where Priscilla Beaulieu finished her senior year while dating husband-to-be Elvis Presley.

Nostalgia aside, the closures are bound to negatively impact some communities where the need is greatest. Mary Pat Donoghue, executive director of the Catholic Education office of the United States Conference of Catholic Bishops, told AP that the impact would be particularly severe in low-income inner-city neighborhoods, where African-Americans and Hispanics make up the lion’s share of the student body.

“No one in the non-public school sector has done better there than Catholic schools,” Donoghue said. The AP story continued:

Donoghue said many families have recently lost jobs and feel they can no longer pay tuitions averaging nearly $5,000 for elementary schools and more than $11,000 for high schools. Meanwhile, parishes that operate many of the schools lost much of their weekly collections after in-person services were halted.

Another factor: Spring is the prime season for school fund-raisers, and many of those events had to be cancelled.

Sister Dale McDonald, public policy director of the NCEA, added that uncertainty is contributing to the problem. Will social-distancing requirements mean fewer enrollees? “Superintendents want to know what they’re getting into,” she said. “Parents don’t want to commit to what they don’t know. It’s a huge mess.”

In a June 12 letter to Catholics in the Archdiocese of New York, Cardinal Timothy M. Dolan, wrote that even before the pandemic, the archdiocese had to support many parishes, schools, and other institutions that were unable to make it on their own. Dolan said that many parents have been unable to make tuition payments since February, due to loss of income because of layoffs, unemployment, or a drop in wages.

“Many of our generous supporters, like the Inner-City Scholarship Fund, and the Alfred E. Smith Foundation, stepped forward to help bridge the gap for the remainder of the school year,” the cardinal said. “But, many of our schools have very few students registered for this September, as struggling families are unable to afford tuition, even with our scholarships, and we may be looking at a significant number of school closures, something we work very hard to avoid.”

Neal McCluskey, the director of the Center for Educational Freedom at the Cato Institute, said the trend will be felt by public school systems. “The same thing that is causing private schools to go out of business — a bad economy driven by COVID-19 — is also going to really take a shot at public school budgets,” McCluskey told Education Week. “With all these closures, we’ll have a whole bunch of kids the [public schools] now need to educate … so it’s going to stretch resources even thinner.”