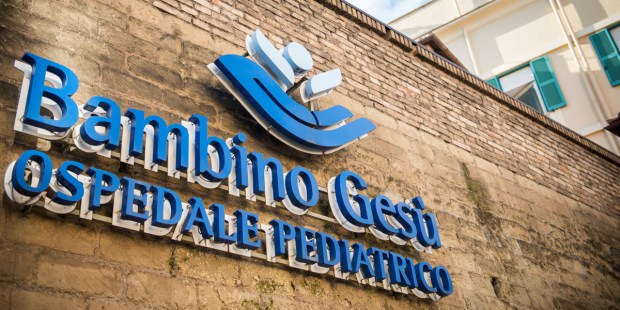 Surgeries in-utero are a delicate process, making the extraordinary success of this procedure a sign of hope and a human triumph.

It’s truly comforting, especially in this difficult time, to hear good news that brings hope. Recently, a moving reminder of the miracle of new life came in the form of an extraordinary surgery performed for the first time at the Bambino Gesù Hospital in Rome—a Vatican-run pediatric institution of international prestige.

The operation took place in April on a 28-week-old fetus. The unborn child had been diagnosed with a serious form of congenital diaphragmatic hernia (CDH), as reported by Italian news outlet ANSA. Although risky, the incredible in-utero surgery was a marvelous success.

This congenital condition is a rare disease that occurs in one out of every 2,500-4,000 live births. In Italy, where the unborn child lives, the condition affects about 150-180 children a year; in the USA, the number is over 1,600, according to CDH International.

The condition occurs “when a baby’s diaphragm (a thin sheet of muscle that separates the abdomen from the chest) fails to fully form, allowing abdominal organs to enter the chest cavity and prevent lung growth,” according to the same source. The mortality rate linked to this birth defect can range widely depending on the extent of the defect and on the treatment the child is able to receive; CDH International cites an average 50% chance of survival.

The surgery was successful!

The doctors at the Bambino Gesù Hospital, together with those of the Mangiagalli Clinic in Milan and the San Pietro-Fatebenefratelli Hospital in Rome, had to insert a fetoscope (a very thin probe equipped with a fiberoptic camera) into the abdomen of the pregnant mother, enter the uterus, and reach the baby’s mouth. At that age, the baby was just 14 inches long and weighed about 2.6 pounds.

From there, the fetoscope descended into the trachea to position and inflate a balloon that would behave like a cork, preventing the liquid normally produced by the lungs from being pushed out by the other organs, which would irreparably compromise the development of the lungs. The fluid thus maintained inside the lungs will allow for their gradual expansion and thus ensure, at the time of the child’s first breath, adequate oxygenation.

The operation lasted 45 minutes and was completed without complications. Ten days later, an ultrasound check-up revealed a volumetric increase in the lungs of the small fetus—the balloon was working to help the little one!

A post shared by Ospedale Bambino Gesù (@ospedalepediatricobambinogesu) on Apr 29, 2020 at 7:59am PDT

The identities of the unborn child and of his or her parents were not released to the public, to protect their privacy, so it’s difficult to find updates on their progress, but we hope and pray that the pregnancy has continued safely and uneventfully for both mother and child.

During this era, when we may worry at seeing the current limits of science in the face of COVID-19, the amazing outcome of such a tricky procedure can bring us hope and give us confidence in the ability of humanity, with the help of our Creator, to triumph over the many adversities we are forced to face.