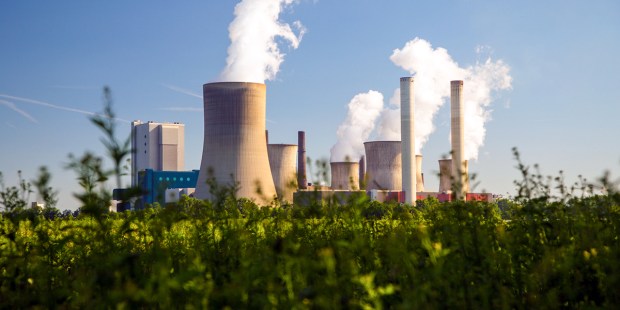 The new book will serve as a manual for implementing environmental and social change.

Five years after the release of Pope Francis’ environmental encyclical, “Laudato si’,” the Vatican has renewed its call to action, imploring Catholics to divest themselves from all fossil fuel-related investments. The directives were published in a new book, Journeying Towards Care for Our Common Home, which will act as a manual for implementing the pope’s environmental initiatives.

Gerard O’Connell of America Magazine reports that the book was announced by Archbishop Paul Gallagher, Secretary for Relations with States, in a June 18 press conference. The prelate described the text as:

“… a road map for the post-Covid-19 world.” He said it includes “so many great stories from all corners of the globe and all sectors of the church,” including the movement he leads, that illustrate ways in which the encyclical is already being implemented across the world.

The new publication suggests that investors should keep Catholic social teachings in mind, and should avoid supporting companies that “do not satisfy certain parameters.” Reuters notes that these include companies that have shown disrespect for human rights, employ child labor, or show little concern for the environment.

Journeying Towards Care for Our Common Home also asks the faithful to remain vigilant in their monitoring of organizations that extract resources from the environment. The book then calls on Catholics to “shun companies that are harmful to human or social ecology, such as abortion and armaments, and to the environment, such as fossil fuels.”

This is merely the latest of the Vatican’s efforts to promote environmental and social protections around the world and promote “Laudato si’.” The Hill notes that Pope Francis urged adherence to his guidelines in a 2019 conference with international oil executives. There, he told them that “time is running out,” and that environmental protection required immediate attention. He said:

“We do not have the luxury of waiting for others to step forward or of prioritizing short-term economic benefits. The climate crisis requires our decisive action, here and now.”