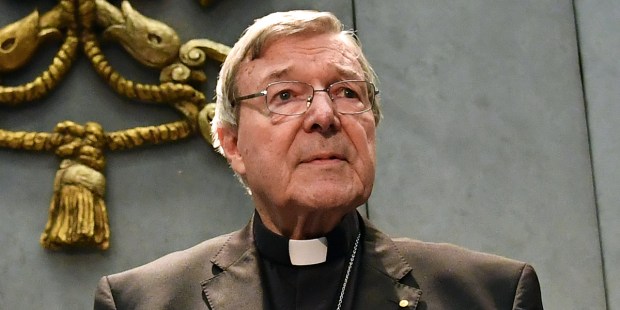 Publisher says he expects it will be a “spiritual classic.”

The “prison journal” of Cardinal George Pell, former prefect of the Vatican’s Secretariat for the Economy, will be published, announced the director of Ignatius Press, Father Joseph Fessio, on June 21. The cardinal spent some 13 months in jail before his charges of sexual abuse were overturned by Australia’s High Court. His journal is a 1,000-page document.

The journal is expected to be published in three or four volumes, said the editor, with the first installment being either a first abridged version or the first volume. It is planned for the summer of 2021.

“I think it’s going to be a spiritual classic,” said Fr. Fessio, noting both the cardinal’s good humor and love for his enemies.

Pell was convicted in 2018 of multiple counts of sexual abuse. He was released in April after 400 days of detention, when the High Court found “compounding improbabilities” and concluded that the verdicts on five counts reached in 2018 were “unreasonable or cannot be supported by the evidence.”

Read more:
Could this young woman be Australia’s next saint?