Is the legality of assisted suicides driving up suicides in general? 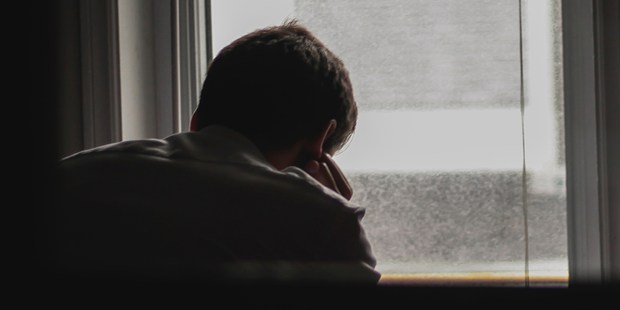 Some experts speak of contagion effect, while academia and medical establishment ignore link.

When it comes to suicide, have modern Western democracies embraced a contradiction? On the one hand, we rue the fact that the suicide rate has gone way up in recent years. On the other, more and more segments of society are embracing suicide in one particular area of life.

Wesley J. Smith challenged academia and the medical world on this contradiction, in a recent article at National Review Online.

“It almost never fails. A learned article in a medical or bioethics journal laments our suicide crisis and urges greater efforts at prevention,” Smith wrote. “And yet somehow, the authors never once mention the elephant in the room: i.e., the impact of ubiquitous suicide promotion by ‘death with dignity’ activists, boosted by media commentators, in popular culture features, and as furthered by politicians.”

In an article published in the American Medical Association’s JAMA Psychiatry: researchers, led by Joshua A. Gordon, MD, director of the National Institute of Mental Health (NIMH), spoke about “flattening the curve” of America’s suicide rate. But the article, Smith complained, “doesn’t once mention assisted suicide as a contributor to the problem.”

“Pretending assisted-suicide deaths are not ‘suicide,’ as most laws require, doesn’t make them not suicide,” Smith commented, “and merely sweeps that aspect of our crisis under the rug.”

Gordon, through a spokesperson for the NIMH, declined to comment.

But just what research exists to show a correlation between physician-assisted suicide and suicide in general? Does the former influence the latter?

“I just spoke to a woman today who wanted assisted suicide,” said Alex Schadenberg, Executive Director of the Euthanasia Prevention Coalition, when contacted earlier this month. “She was sick, depressed and lonely and said she cannot go on living any longer. She wanted suicide, but she said that she didn’t have the courage to kill herself, so she was wanting to apply for assisted suicide. You can clearly see the link.”

Schadenberg and others pointed to a 2015 article in the journal of the Southern Medical Association, in which authors David Albert Jones and David Paton lamented that “a policy area that has received surprisingly little attention is the effect of changes to the legal code addressing suicide itself.”

Jones and Paton went on to demonstrate how they found that legalizing physician-assisted suicide (PAS) in the United States was associated with a 6.3% increase in total suicides, including assisted suicides.

“Legalizing PAS has been associated with an increased rate of total suicides relative to other states and no decrease in non-assisted suicides,” the authors wrote. “This suggests either that PAS does not inhibit (nor acts as an alternative to) non-assisted suicide, or that it acts in this way in some individuals but is associated with an increased inclination to suicide in other individuals.”

They also found that states that legalized PAS were characterized by higher rates of non-assisted suicide, lower rates of religious adherence, and a lower proportion of the population that was black or Hispanic.

Commenting on Jones and Paton’s findings, Aaron Kheriaty, author of The Catholic Guide to Depresssion, wrote, “These results are important, and yet they should not surprise those familiar with the literature on the social contagion effects of suicidal behavior. … You do not discourage suicide by assisting suicide. Social contagion phenomena suggest possible mechanisms by which the findings of Jones and Paton may be explained.”

Kheriaty, who teaches psychiatry at the University of California Irvine School of Medicine, wrote in the same issue of the Southern Medical Journal that the phenomenon of suicide contagion has been known since at least the 18th century, when a wave of suicides in Germany followed the publication of Goethe’s popular novel The Sorrows of Young Werther. The protagonist of the novel took his own life after experiencing unrequited love.

“We can surmise that media attention surrounding instances of assisted suicide, such as the widely publicized case of Brittany Maynard, the 29-year-old California native who moved to Oregon in November 2014 to avail herself of that state’s assisted suicide option, could encourage copycat behavior among vulnerable individuals,” Kheriaty wrote. “Because the Werther Effect is well validated, the Centers for Disease Control and Prevention in partnership with the National Institute for Mental Health, the World Health Organization, and the Surgeon General have published strict journalistic guidelines for reporting suicides to minimize this effect.”

In the Maynard case, however, those guidelines were widely ignored, Kheriaty charged. Suffering from an incurable brain tumor, Maynard’s decision was “frequently presented in the media as inspiring and heroic.”

But if the Werther Effect can lead to more suicides, the Papageno Effect can lead to fewer. This, Kheriaty explained, is when individuals who are tempted to commit suicide have a conversion and choose life instead. Again, the name comes from the classical world, this time from a lovesick character in Mozart’s opera The Magic Flute, whose planned suicide is averted by three child spirits who remind him of happier alternative.

A real-life example of this happened in 2015, when Valentina Maureira, a 14-year-old in Chile with cystic fibrosis, made a YouTube video begging the Chilean government for assisted suicide. She cited the Maynard case.

“She later changed her mind, however, after meeting another young person with cystic fibrosis who conveyed a message of hope and encouraged her to persevere.”

Sadly, Valentina died in May 2015, but passed away naturally.