Spanish monarch thanks Catholic Church for services during coronavirus pandemic 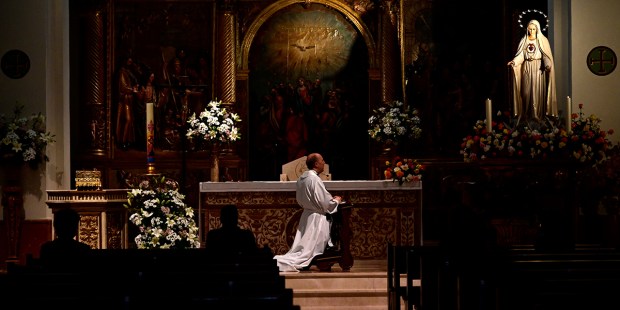 The Church in Spain has seen requests for assistance triple in recent months.

The King of Spain has reached out to Cardinal Juan José Omella, president of the Spanish bishops’ conference, to extend his thanks for the Church’s charitable services during the long months of the world coronavirus pandemic.

A report from Catholic News Agency revealed that King Felipe VI spoke to Cardinal Omella in a private phone call, in which he extended his condolences for the priests who have died from COVID-19, as well as concern for those clerics who are still sick. The monarch went on to express his gratitude for the Church’s services, which it has been providing ceaselessly since the pandemic began.

CNS goes on to state that even restricted by quarantine orders, the Church was able to offer food, pastoral care, and funeral rites to those in need. CNS noted:

Services were provided for the poor, elderly, disabled, chronically ill, at-risk minors and young people, the unemployed, immigrants and refugees, abused women, and people with addictions.