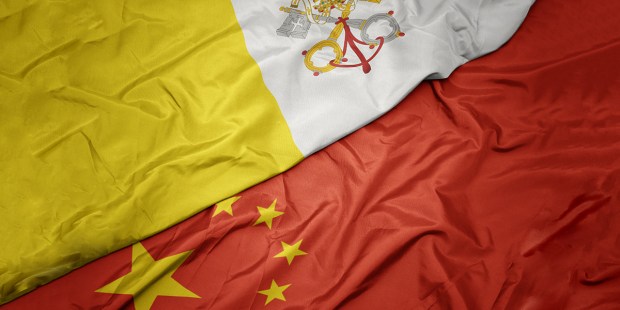 Bishop Cui Tai has been in and out of jail since 2007.

For years, Chinese officials have kept a bishop in detention, away from his flock, because he refuses to join the “official” Catholic Church that is sanctioned by the government. He’s had no formal trial. He is usually allowed to go to his hometown for Chinese New Year, but then goes back into detention.

This year, because of interuptions caused by the COVID-19 pandemic, however, Bishop Augustine Cui Tai, was allowed to remain in his hometown until June. Last Friday, UCA News reported, Bishop Cui was taken back into detention, “to a unspecified place,” according to unnamed local Catholic sources.

Bishop Cui, 70, is responsible for the Diocese of Xuanhua, which is not recognized by Beijing’s religious authorities. The diocese is based in the northern province of Hebei, near Beijing. In 2013, Pope Benedict XVI appointed Cui coadjutor to Bishop Thomas Zhao Kexun of Xuanhua, who is now 96 years old.

“Since his arrest in 2007, he has not been able to spend Easter in the diocese,” said UCA News, published by the Union of Catholic Asian News. “His latest January-June stay in the diocese ‘was the longest’ the bishop had enjoyed in the diocese in the past 13 years.”

In its 2020 annual report, the United States Commission for International Religious Freedom said that local authorities in China in the past year “continued to harass and detain bishops, including … Cui Tai, who refused to join the state-affiliated Catholic association.”

An official at the Diocese of Hong Kong called Cui’s detention “a gross violation of his freedom.”

“Right now we don’t know where he is,” Chan Lok-shun, project officer of the Hong Kong Diocese’s Justice and Peace Commission, said in an interview Tuesday.

“He still has priests and a flock, but they refuse to join the [official Church under the Chinese Catholic Patriotic Association],” Chan told Aleteia. “He appointed a vicar general to help him manage the diocese when he’s not in his office. They are still operating the diocese but sometimes they can’t function well because some duties have to be done by the bishop, like ordinations or holding confirmation ceremonies. But still the diocese maintains the basic operation.”

Bishop Cui’s re-arrest was proof that the Chinese Communist Party “was still using brutal methods” against religious leaders who do not agree with the state religion, Chan told UCA.