These are the only 3 birthdays celebrated on the liturgical calendar

The saints are usually celebrated on the day of their death (their birth into eternal life), but there are exceptions.

The Church celebrates saints’ feast days throughout the liturgical year, and the date generally marks the day the saint died and entered into eternity.

The birth of Jesus is obviously a central feast for Catholics, as it marks the day the world came to see the face of God-made-man. It is a feast complemented by the one nine months earlier, the Annunciation on March 25, when we celebrate the moment the Incarnation actually happened, when Jesus was conceived in Mary’s womb.

The celebration of Our Lady’s birthday is also a treasure for Catholics. And just as Christmas is linked to the feast nine months prior, so too the September 8 celebration of the Virgin’s birthday points nine months back, to December 8 — when we celebrate that from the moment of her conception in the womb of her mother, St. Anne, Mary had no sin. She is the Immaculate Conception.

The birthday of John the Baptist also is rich in symbolism. Again, we see the relationship of dates: John’s birthday is six months before the Christmas vigil because the Angel Gabriel told Mary that her kinswoman was in her sixth month of pregnancy, meaning John is six months older than Jesus.

Read more:
Were Jesus and John the Baptist cousins?

John, of course, was a special beneficiary — along with his mother — of Mary’s care. Freshly pregnant with the Child conceived of the Holy Spirit, “Mary set out and traveled to the hill country in haste to a town of Judah, where she entered the house of Zechariah and greeted Elizabeth. When Elizabeth heard Mary’s greeting, the infant (that is, John the Baptist) leaped in her womb.” Elizabeth told her younger cousin what had happened: “For at the moment the sound of your greeting reached my ears, the infant in my womb leaped for joy.”

Church tradition holds that in the prenatal meeting of these tiny cousins, John was filled with the Holy Spirit and thus he was born already purified of original sin. (We see in Luke 1:15 how the Angel Gabriel told John’s father, Zechariah, this would happen: “He will be filled with the holy Spirit even from his mother’s womb.”)

In the slideshow below, you can see the remains of Herod’s Fortress, where tradition claims the Baptist was beheaded. 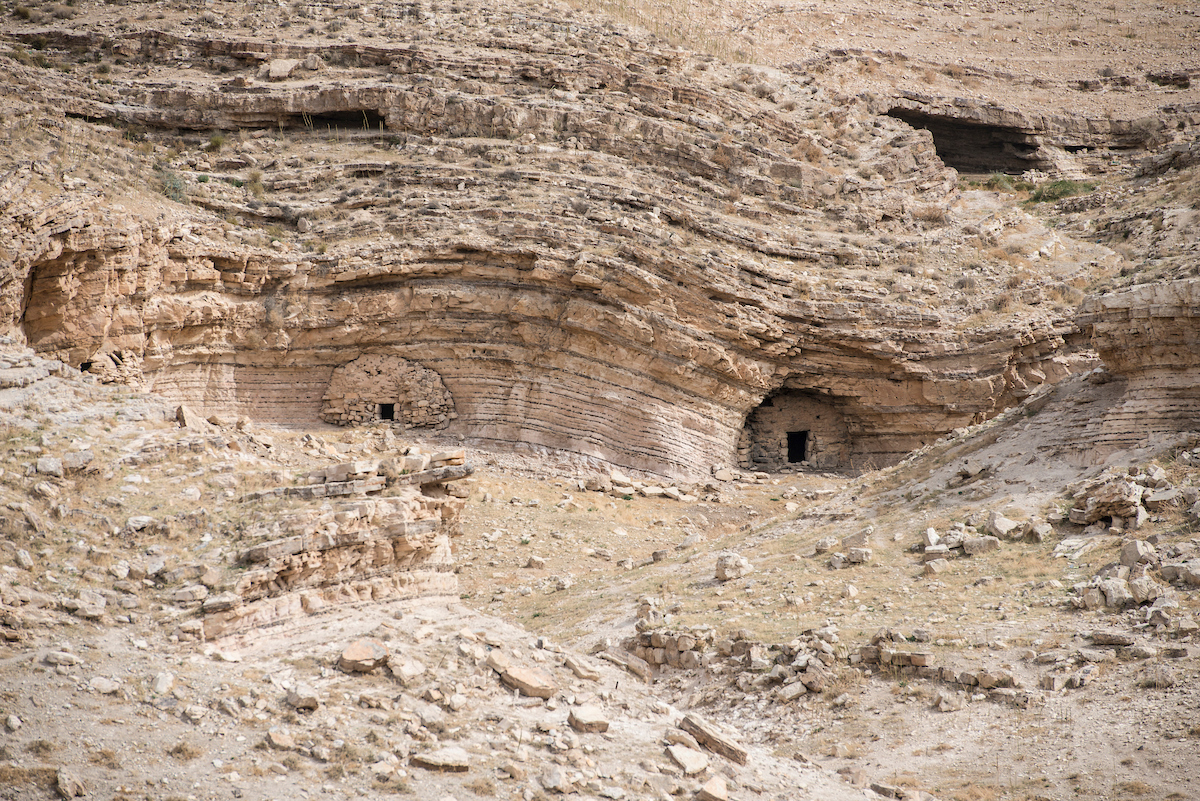