San Pellegrino water is named after a Christian martyr 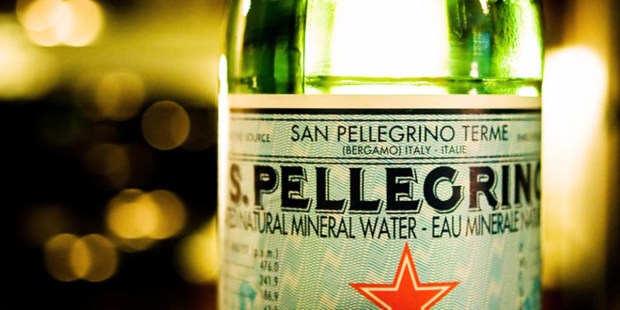 For centuries, the water has been known for its healing properties, which Leonardo da Vinci, after months of research, called “miraculous.”

Green bottles of San Pellegrino water are among the most iconic symbols of Italian food worldwide. Yet, not many of us may know that the thirst-quenching drink was named after a Catholic saint and martyr, St. Peregrine, and that the water is sourced from an eponymous town at the foothills of the Alps known for its miraculous water.

Located on the Brembo river, at the foothills of the Orobie Alps, San Pellegrino Terme was founded in the 8th century by bishops of the Holy Roman Empire. They named the town after St. Peregrine, former bishop of Auxerre, France, who died as martyr during the persecutions against Christians ordered by Emperor Diocletian.

The special properties of San Pellegrino’s waters have been known since the 12th century. But it was during the 16th century that the town became known around Europe for its “miraculous” water. That’s when Leonardo da Vinci visited San Pellegrino, spending months to study its waters. After an in-depth analysis, the polymath artist and scientist concluded that the water had “miraculous” properties.

In the 19th century, San Pellegrino became one of Europe’s most famous retreats for those looking for healing and quiet. Stunning Liberty style buildings were built during that time, a symbol of the prominent role played by the town on the European travel scene.

Today, the town is home to a spa as well as to the factory where the iconic green bottle is made.

San Pellegrino Terme is less than an hour and a half from Milan, via car or train, with train tickets starting at $4.