Moses and the Ten Commandments feature prominently in Congress and Supreme Court.

As America approaches the celebration of its independence from Great Britain, it’s a good time to recount how central the role of religion has been in the founding and development of the nation.

That religious heritage is etched in stone in some of the most prominent buildings in Washington, D.C. 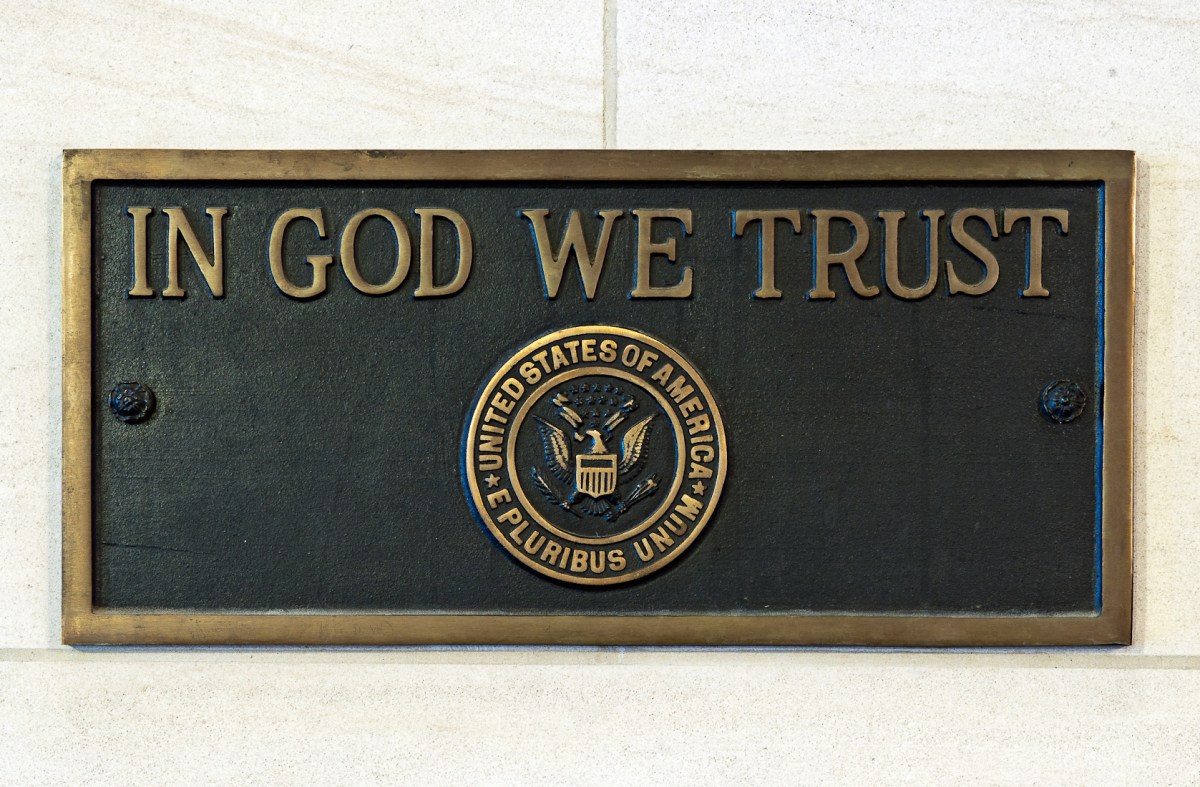 The declaration “In God We Trust” is prominently displayed in both the United States House and Senate Chambers.

In the House Chamber, although almost two dozen lawgivers from throughout history are depicted in artwork, only Moses is shown with a full face view.

In the Capitol Rotunda we find depictions of Christopher Columbus participating in a prayer service, the Baptism of Pocahontas, and the prayer and Bible study of the Pilgrims. In the Cox Corridor we see the words “America! God shed His grace on thee.” At the east Senate entrance the words Annuit Coeptis greet us — Latin for “God has favored our undertakings.”

Some of the most obvious examples can be found in the Capitol’s Statuary Hall, which has 100 statues — two from each state — of notable figures. Five of them are of Catholic historical figures:

On the Senate side of the U.S. Capitol, there is the President’s Room, a space that used to be where the president signed legislation. Its artwork is based on personifications of the themes of Liberty, Legislation, Executive Authority and Religion.

“As Religion looks down at us from the ceiling in the President’s Room, she is a reminder that we are a nation of people who believe in religion,” according to Fr. Eugene Hemrick, a priest of the Diocese of Joliet, Illinois, and the author of the book One Nation Under God.

“Images of crucifixes and religious orders are scattered throughout the artwork within the U.S. Capitol,” said a 2017 article at Crux. “Carvings on the front doors depict the life of Christopher Columbus, accompanied by Franciscans with rosaries hanging from their waists. As well as paintings in the Rotunda, such as the engraving ‘The Discovery of the Mississippi’ by Johnson, Fry & Co., which illustrates Hernando de Soto standing at the Mississippi River, with priests in the foreground, praying and placing a crucifix in the ground.”

Even the building of the Supreme Court, which is often thought of as the bulwark against mixing religion and government, gives a nod to the religious traditions whose streams have fed the law. A sculptural group titled “Justice is the Guardian of Liberty,” by Hermon MacNeil, depicts Moses holding the Ten Commandments. But he is surrounded by Confucius and Solon.

The Decalogue is also featured prominently in the frieze above where the Justices sit and the oak door at the rear of the Chamber.

Numerous religious references can also be found in the Washington Monument, Jefferson Memorial, and Lincoln Memorial.

“We are truly blessed to live in a country that not only respects God, but has chiseled that respect in stone, inscribed it on walls, pieced it together in mosaics, and painted it on canvases so that American generations that will never forget their religious heritage,” Hemrick wrote in his book.

And, of course, Americans need look no farther than their wallets to find such acknowledgements of divine assistance. In these difficult days, one phrase is worth remembering: “In God we trust.”