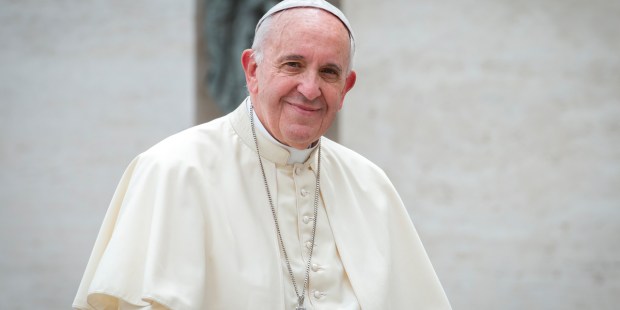 Since March, the Holy Father has been showing the Church’s closeness and compassion with tools to fight the pandemic.

In his apostolic exhortation on the family, Pope Francis notes how the word that St. Paul uses for “kind” in “love is patient; love is kind” is used only at this spot and nowhere else in the entire Bible.

It is chrestéuetai, and is derived from chrestós: “a good person, one who shows his goodness by his deeds. … The word indicates that love benefits and helps others. For this reason it is translated as ‘kind’; love is ever ready to be of assistance.”

In these times of pandemic, it seems that Pope Francis is trying to show that the Church herself, as mother, strives to be “kind” to her children in concrete deeds, and is thus making donations to help countries fight the virus. The are tokens in the midst of the great needs generated by the virus, and yet they send a message that the Church sees the suffering of her children and has compassion.

In the last few weeks, the Vatican reported, the Holy Father has donated 35 ventilators to various countries, especially those with poor health care systems.

The Office of Papal Charities announced on Friday the pope’s recent donations in a statement. These ventilators, the statement reads, were distributed to the countries through their Apostolic Nunciatures in the following manner:

Four for Haiti, two for the Dominican Republic, two for Bolivia, four for Brazil, three for Colombia, two for Ecuador and three for Honduras, three were sent to Mexico, four to Venezuela, two to Cameroon, two to Bangladesh, two to Ukraine and two to Zimbabwe (through the local Episcopal Conference).

These donations are in addition to others that the pope has made, starting back in March when the Vatican sent masks to China.

Other donations have included

Early in the crisis, he also established a fund to directly assist developing countries.

Read more:
Pope sets up fund to help poor countries face COVID-19; you can contribute too