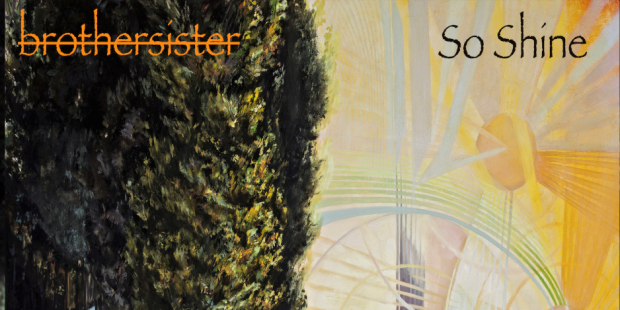 ‘So Shine’ strikes an excellent balance between Catholic hymns and classic rock.

A new band has dropped into the Catholic music scene, and their tunes are unlike anything else in the genre. Brothersister released their debut album, So Shine, a collection of musical compositions by Fr. Lawrence Tucker, a missionary priest in The Society of Our Lady of the Most Holy Trinity, who’s style strikes an impeccable balance between Catholic hymns and classic rock.

Each of the 10 songs on the album has a different feel and style, with exceptional musicality displayed in each of the arrangements. The first track, “The Burden That Is Light,” opens up with a 90s grunge-rock guitar filter that perfectly suites the bouncing rhythm and catchy hook of the chorus. The suspended chords over the bridge with accents of overtones were perfectly employed and mesmerizing to listen to.

The following track, “Jesus Is in His Garden,” was equally impressive. Opening with drawn-out ethereal sounds, it takes on an unusual rhythm that meshes so well with an eerie, creeping bass line. We especially liked the way the arrangement used a violin to produce quarter-tones that gave the tune a distinctly Middle-Eastern quality and drew the mind to the Garden of Gethsemane.

While these first two are quite rocking, there are others in the album that are much more hymn-like and would be perfectly at home in a Sunday service. “I’ve Come to See” would make an excellent Christmastime song, and the gentle “You Were Waiting” is a beautiful ballad accompanied by piano and acoustic guitar.

Brothersister’s first album is so good largely thanks to Deirdre Broderick,, who provided the lead vocals and some instrument work, all while arranging and producing the record. With a voice that brings to mind Karen Carpenter, she brought Fr. Tucker’s vision to fruition in style. Her vocals are strong, but without bombast, complementing without overpowering the other important elements of the music.

Speaking of which, one of our favorite aspects of So Shine, and what truly sets the group apart from other Catholic musical acts, is the exceptional use of guitar solos, provided by David Spinozza. These solos are expertly crafted and display seasoned skill on the fret board, embellishing many of the songs with just the right electric flair.

From start to finish, So Shine makes for a great 47 minutes of listening. Brothersister’s faithful lyrics offer interesting perspectives on Christian life, many of which are worthy of reflection. The song “Plastic World,” for instance, warns of the dangers of the material world:

So Shine is available for listening on Spotify. To learn more about the band and support their mission, visit the Brothersister website, here.