What’s not being taught to future leaders? How to know their inherent dignity 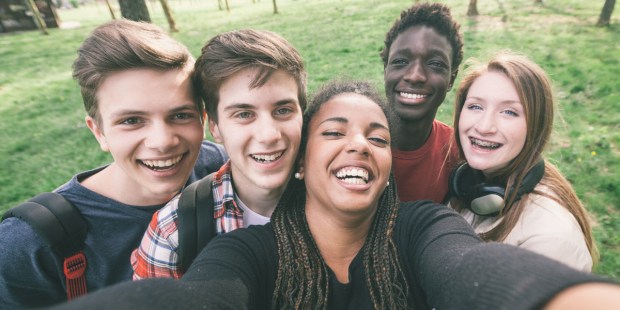 Educational system has failed students by not helping them know ‘the world within,’ expert says

As an international affairs professor, Donna Hicks tells her students stories of a world fraught with conflict and reconciliation, serious topics her students said they had never encountered or cared for so deeply before.

A key to resolving these international crises, which she can be seen even on a micro level in any society, is recognizing the inherent dignity of every person, especially the future leaders of the world, Hicks said. She spoke at a 2017 Spring gathering organized by the IECO Institute at Harvard Campus in Cambridge, Massachusetts, where Hicks is an associate at the Weatherhead Center for International Affairs.

Recognition of that inherent dignity, the “deeper, more inner level of what it means to be a human being,” has been ignored for far too long, she said. Answering the question “What’s missing in educating future leaders?” Hicks said her students always tell her they care about “deeper human issues.”

Identifying with a concept by Sir Ken Robinson, that human beings live in two worlds, the world around and the world within, Hicks said her students innately “want to understand what it means to be human.” They seek something deeper than self-knowledge about their own individual desires, she said. According to Hicks, education has taught today’s students so much about the world around them, but not how to understand that “world within.”

“What is this inner world of ours? We’re so private – it’s so deep, it’s so present in our lives – yet we know so little about it,” Hicks said.

Her young students want to look past diversity and difference (which Hicks said has already been discussed for three decades) and focus on the world’s “shared humanity,” how “we are alike” and exploring the common shared values, desires and dignity. Hicks said Emerson’s wisdom, that what lies behind us and before us are “tiny matters” compared to “what lies within us,” remains key to her efforts.

“These deep… emotional aspects of our shared humanity … have not been explored,” she said. Psychology has also long neglected understanding emotions in relation to the human mind and human experience, topics Hicks said are now just being studied after being ignored for decades.

Neuroscience shows that humans react in the same predictable ways “especially under emotionally threatening situations” like when “dignity is being threatened,” Hicks said. The major risk lies in not understanding these “predictable ways,” she said.
“We’re in so much conflict … because we have failed. Our educational system has failed to help people understand and [how to] navigate … ‘the world within,’” Hicks said.

When Socrates said, “Know thyself,” he meant understanding the human experience and not “little individual particularistic qualities,” she said.

Through her projects and education with young people around dignity – understanding what it means, how it affects daily life – Hicks works to teach students that they can “use the inner power of their own value and worth as a resource” to grow resilient. When students “understand that their dignity is in their hands,” they will bounce back from anything in life. Having children and students understand their value and worth – no matter what – is the “best anti-bullying curriculum we can offer,” Hicks said.

You can learn more about the Institute for Ethics in Communication and Organizations (IECO) visiting their website at this link.