The Maria Stein Shrine, in Maria Stein, Ohio, is a storied Catholic pilgrimage spot and one of the most worthy sites in the United States for the faithful to visit. The shrine boasts an estimated 1,200 relics of Catholic saints — 95% of which are First Class — and even a piece of the True Cross.

The shrine includes a relic chapel, where visitors can sit before the relics for veneration and prayer; an Adoration Chapel, where the Blessed Sacrament is displayed for Eucharistic Adoration three days each week; and a Heritage Museum, which educates visitors on the history of the grounds, the nuns, and the community.

Over the course of the last 174 years the site has changed considerably, from a convent of the Sisters of the Precious Blood to their motherhouse, to a Catholic community center, and finally (in the early 2000s) to the Maria Stein Shrine. While the Sisters of the Precious Blood no longer run the operation, they were relieved by board of dedicated local faithful who keep the sisters’ traditions alive.

Read more:
This chapel in Pittsburgh is home to 5,000 relics

One way they accomplish this is through Eucharistic Adoration, which has been an important aspect of this Catholic community since the convent was founded in 1846. In the 1950s the Sisters of the Precious Blood saw their numbers begin to decline, but the faithful recognized the value of Adoration and organized the Adoration Guild. Members of the guild make Eucharistic Adoration a priority, each taking an allotted time slot to ensure there is always a witness before the Blessed Sacrament.

Another effort to acknowledge their founders is the Heritage Museum, which documents the sisters’ trailblazing efforts to form their convents and perform their services in the 19th and 20th centuries. The museum is 1,400 sq. ft., arranged in six distinct galleries, which display the way of life for the region’s first settlers, who were largely of German descent and of the Roman Catholic faith. In a promotional video (featured above) they note that the Heritage Museum also serves as a research tool for scholars and educators and has welcomed students from Wright State University to aid in their studies.

While there is a plethora of faith-filled activities for the discerning Catholic to explore, including prayer walks over 30 acres of serene landscape, the main draw of the Maria Stein Shrine is the collection of relics. Open to explore daily, the Relic Chapel offers more than can be seen and appreciated in just one day.

The Relic Chapel offers tours, both group and self-guided, that illuminate the relics with background information on their acquisition and the saints whose relics they are. The main altar’s central focus is a relic of the True Cross, but also featured are relics from St. Ursula and Companions, the remains of St. Victoria, a martyr of the early Church (c.304), and a memorial case with hundreds of relics arranged in clusters of interest. There are two relics that can be taken down and used in prayer: a second relic of the True Cross, and one of St. Peregrine, the patron saint of those with cancer.

The Maria Stein Shrine has reopened since the pandemic restrictions have been lifted and is welcoming guests again. Click here to contact their main office for more information. 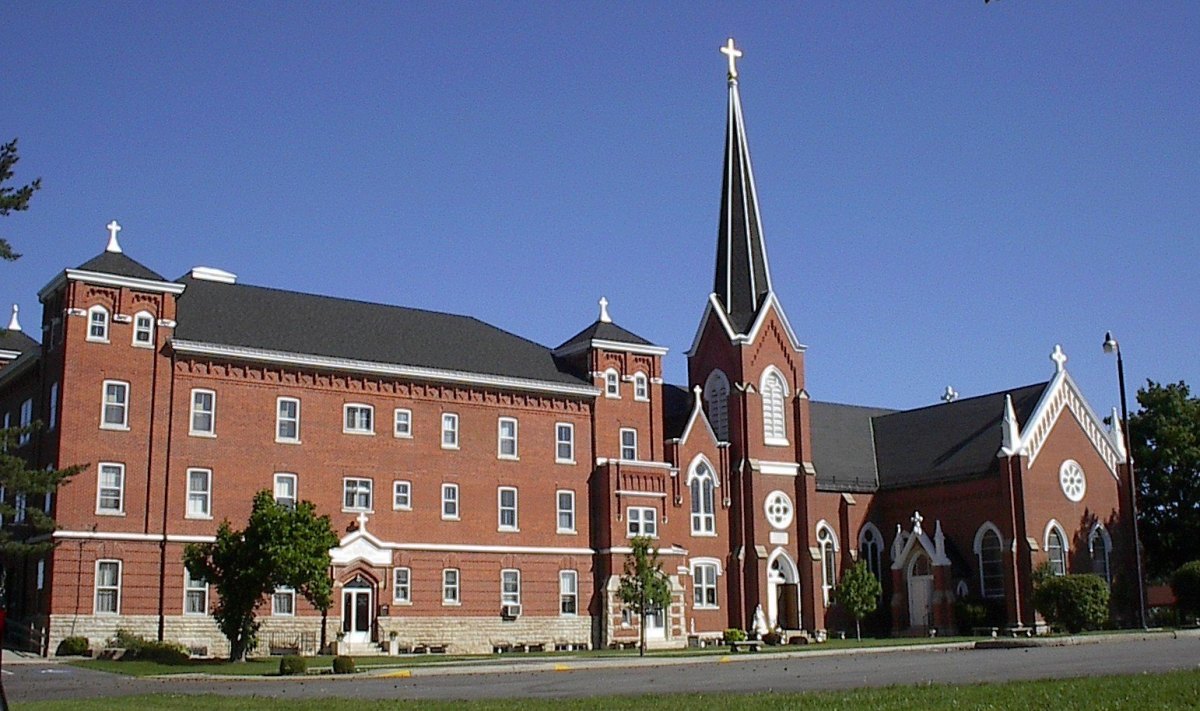