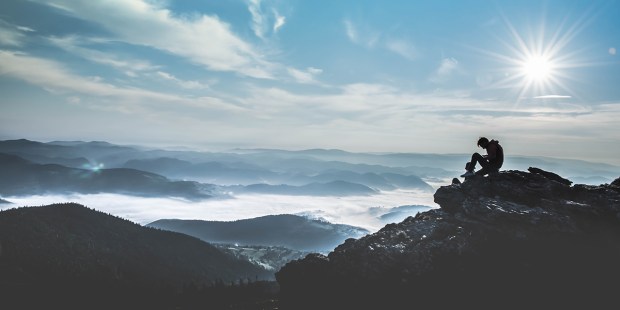 Celebrate Canada Day by learning from these remarkable men and women.

Today is Canada Day, so it’s a perfect time to look to and learn from some of the great holy men and women who were either native to the country or who significantly impacted the Catholic faith in Canada and all of the Americas. While some names may be more familiar than others, they all showed amazing faith and heroic virtue as they met the challenges of their day … just as we are called to do.

It’s often very difficult to have the courage to face new challenges but if you look to the life of this remarkable saint you’ll be inspired. This 17th-century native French nun, who was in her early thirties, went to Canada where she dedicated herself to educating young girls and the poor. She also founded the Congregation of Notre Dame of Montreal, one of the first uncloistered religious communities, whose members could follow their desire to serve God while ministering to those in society. Canada’s first female saint is a great example of taking an unfamiliar path to do God’s work.

Sometimes life can be an uphill struggle, so why not look to Montreal’s André Bessette? As a child Bessette was very sickly, and his life continued to get harder. Orphaned at 12, he went on to have numerous manual jobs but failed at them all. In his mid-20s, despite ill health, he finally joined the Congregation of Holy Cross, where he was a door keeper. He remained in that position for 40 years, in prayer, humbly serving others. His complete devotion to St. Joseph spurred him on to raise money and acquire the land to build the Oratory on Mount Royal dedicated to Jesus’ earthly father. From such a sickly start in life, the determined saint never stopped serving God and others until his death at 92.

Stand up for what you believe in … like St. Kateri Tekakwitha

At times it’s very difficult not to bend to pressure from friends or the culture. However, if you look to the life of this first Native American saint you’ll be inspired to stay true to what you believe in. Born in Ossernenon, New York, Kateri lost her family during a smallpox outbreak that also left her badly scarred. Despite the open disapproval of some of her tribe, she converted to Catholicism at 19 and moved to a Jesuit mission village of Kahnawake, south of Montreal. She took a vow of perpetual virginity and devoted herself to God. At her death her scarred face was said to be completely healed.

This group of Canadian martyrs who willingly gave their lives to spread the Word of God are a great example to us all that God is with us always, and teach us to take strength from His love. The group of eight 17th-century martyrs, including St. René Goupil, St. Isaac Jogues, St. Jean de Lalande, and St. Jean de Brebeuf, acted as missionaries to the Huron people in Central Ontario. While their work was successful, some of the Native Americans were mistrustful of them when illness stemming from Europe led to the deaths of the Huron who were not immune. When Goupil and Jogues were captured by the Huron, they were tortured and Goupil was killed. Jogues escaped death when he was released on a ransom and returned to France. However, he went back to spread the Gospel with Jean de Lalande and they were both killed by the Mohawk. The courage and strength of these martyrs are reminders of how faith can give you courage even during through the toughest and most frightening times.