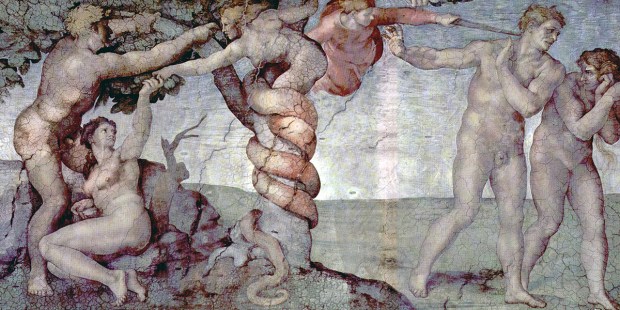 The verb sin means “to miss the mark,” failing to love God and making a choice contrary to God’s law.

According to Wayland Hoyt in The Homiletic Review, sin’s “primary and root meaning is—a missing the mark.” It was an archery term, used to describe how an archer was aiming for the target, but “missed the mark” when releasing the bow.

In this sense sin signifies how we often desire what is good, but either go about it in the wrong way, or choose something temporary to fulfill our ultimate desire for God.

However, that etymological meaning only scratches the surface of what sin is and how it affects us. Above all else sin is an offense against God’s love, where we knowingly make a choice that rejects God’s love.

The Catechism of the Catholic Church explains this aspect of sin.

Sin is an offense against reason, truth, and right conscience; it is failure in genuine love for God and neighbor caused by a perverse attachment to certain goods. It wounds the nature of man and injures human solidarity. It has been defined as “an utterance, a deed, or a desire contrary to the eternal law.” (CCC 1849)

Sin is an offense against God: “Against you, you alone, have I sinned, and done that which is evil in your sight.” Sin sets itself against God’s love for us and turns our hearts away from it…Sin is thus “love of oneself even to contempt of God.” (CCC 1850)

Sin is more relational than legal in nature. It is true that when we sin, we violate the commandments and are subject to certain punishments due to our disobedience. However, sin is much more about our rejection of God, choosing earthly things, or even ourselves, instead of God. It could be described as God offering to us the great gift of freedom, but instead we reject that gift and choose to remain in slavery.

Adam and Eve’s “original sin” is the prototype. They were given the immense gift of the garden and all the fruits of it, except for a single tree. Instead of freely accepting that gift, they decided to go against God’s plan and choose the only fruit they were not supposed to have, trading the freedom of cooperation with God’s Will for the the slavery of sin.

Sin reminds us of our fallen human nature, but the good news is that with the help of God, we can overcome that tendency and freely choose God’s love, leading us to everlasting life.

Read more:
What is a mortal sin?