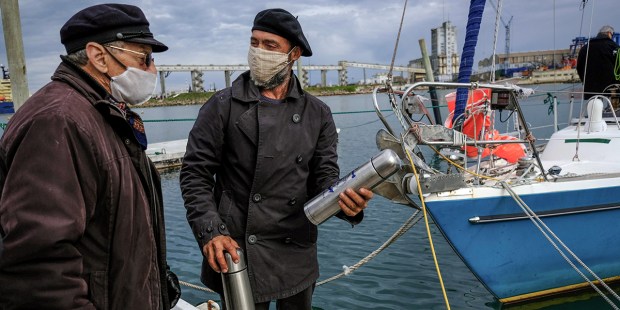 Juan Manuel Ballestero proves how the love for his father has no limits.

When the COVID-19 pandemic outbreak started to take its hold, Juan Manuel Ballestero embarked on a trip across the Atlantic to reach his then-89-year-old dad.

In a report in the New York Times, the 47-year-old sailing enthusiast explained how he hadn’t hesitated to set out from his home in Porto Santo, Portugal, in the middle of March to reach his elderly father in Argentina 85 days later.

“I didn’t want to stay like a coward on an island where there were no cases,” Ballestero shared in his account. “I wanted to do everything possible to return home. The most important thing for me was to be with my family.”

Read more:
10 Bible verses on how to be a good dad

The journey wasn’t without a few hiccups. Although he’d stocked up on essentials and fuel before leaving the Portuguese island, he intended to make a stop at Cape Verde in mid-April to pick up more supplies and fuel. However authorities in the middle of the Atlantic Ocean refused him permission to dock. So the courageous sailor carried on his journey in hope he’d get to see his dad, unsure of what to expect as the world battles with the pandemic.

Thankfully Ballestero was able to turn to God during times where he felt uncertain and scared, as he said: “Faith keeps you standing in these situations. I learned about myself; this voyage gave me lots of humility.”

He finally reached the port of his native Mar del Plata on June 17, and was able to embrace his now-90 year-old father 72 hours later after his COVID-19 test results came back negative — just in time for Father’s Day.