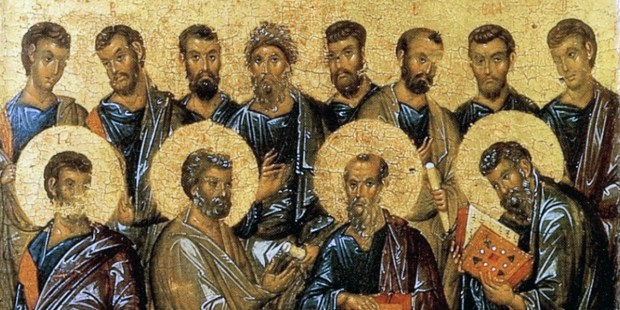 The Didache is one of the earliest collections of Christian writings, and was often paired with the New Testament in the early Church.

After the New Testament, the Didache stands as one of the more influential collections of early Christian writings that allows us a glimpse into the beginnings of Christianity.

The Greek word didache means “teaching” or “the teaching,” and is a shortened form of the full title, which is often translated as, “The Lord’s Teaching Through the Twelve Apostles to the Nations.” Many scholars simply refer to it as the “Teaching of the Twelve Apostles.”

Read more:
This ancient book nearly made it into the Bible

The Didache is a collection of Christian writings that is mentioned by various writers in the early Church and is often paired with the New Testament. For example, according to the Catholic Encyclopedia, “The Didache is mentioned by Eusebius after the books of Scripture (Church History III.25.4): ‘Let there be placed among the spuria the writing of the Acts of Paul … what are called the Teachings of the Apostles … if this be thought fit.” Furthermore, “St. Athanasius and Rufinus add the ‘Teaching’ to the sapiential and other deutero-canonical books.”

It is believed by scholars to have been written during the 1st century, and some claim it contains teachings that were handed down by the apostles.

In a commentary on the Didache published in 1894, Charles Hoole explains some of the evidence that connects it to this early period of Christianity.

There existed at a very remote period, most likely before the end of the first century, a work handed down by oral tradition which was supposed to embody the verbal teaching of the first Apostles. The expression itself, “teaching of the Apostles,” occurs in Acts 2:42, and the use of the word for teaching or doctrine is common in the New Testament, so that it would be the natural title for a collection of sayings or precepts which had been handed down by tradition as representing the verbal teaching of the Apostles. We may suppose that this work, after existing for a time in a traditional form, was embodied in writing, and used to form part of the earliest Christian books.

The contents of the Didache focus on ritual instructions regarding baptism, Holy Communion and fasting, for example. It also contains a spiritual exhortation on The Two Ways, the Way of Life and the Way of Death.

Above all, it stands as early evidence of various Catholic beliefs and teachings, and is used frequently to showcase a small snippet of what the early Christians believed.

Read more:
The oldest catechism in Christian history dates from the 1st century