Why do nuns (and others in religious life) wear habits?

Many members of religious communities wear habits as an outward sign of their consecration to God and their belonging to an order.

Many Catholic nuns and other religious (monks, friars, sisters, brothers, priests, etc.) can be seen wearing a particular set of clothing called a habit. One of the most common questions is, “Why do they wear it?”

Habits have developed over the centuries, but have always been used as an outward sign of a religious’ consecration to God.

St. John Paul II affirmed this purpose of the habit in his apostolic exhortation, Vita consecrata.

Since the habit is a sign of consecration, poverty and membership in a particular Religious family, I join the Fathers of the Synod in strongly recommending to men and women religious that they wear their proper habit, suitably adapted to the conditions of time and place.

According to many traditions, these habits are frequently given to the founder of the religious order through a private revelation. For example, the Nashville Dominicans explain, “Bl. Jordan of Saxony recounts that the Queen of Heaven herself appeared to Reginald to heal him and, at the same time, revealed to him the signal element of the Dominican habit: the scapular. As Dominic had been a Canon of St. Augustine, the early brothers made that traditional tunic their habit. This practice was altered as a result of Reginald’s vision, and the addition of the full length white scapular has been indicative of the Dominican habit ever since.”

While the habits of religious orders have frequently changed over the years, the essence of the habit is to be simple, yet distinctive, as St. John Paul II notes.

Where valid reasons of their apostolate call for it, Religious, in conformity with the norms of their Institute, may also dress in a simple and modest manner, with an appropriate symbol, in such a way that their consecration is recognizable. Institutes which from their origin or by provision of their Constitutions do not have a specific habit should ensure that the dress of their members corresponds in dignity and simplicity to the nature of their vocation.

This is why there is not a single type of habit, but a myriad of habits to denote the thousands of religious around the world. Make sure to visit the slideshow below, which includes a guide to recognizing the many different habits of several monastic congregations. 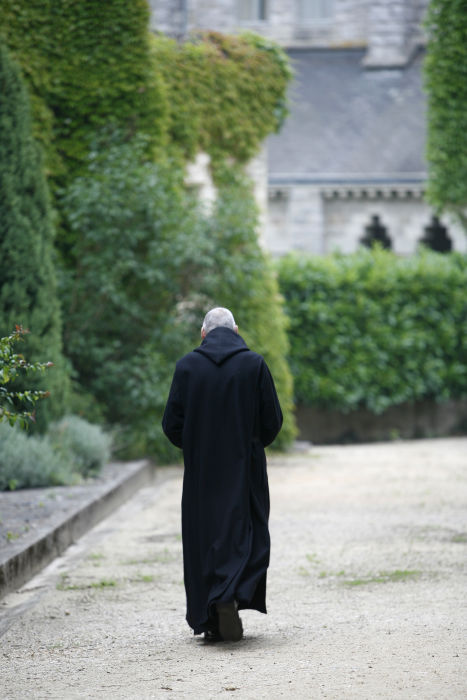