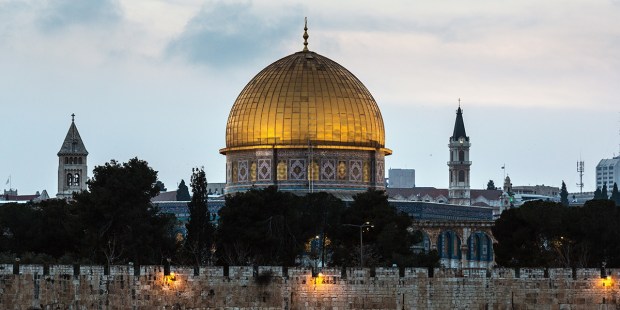 Archbishop notes that thousands of families are without work as pilgrimages are basically at a standstill.

Because of the pandemic, “thousands of families” have been deprived of work for several months, especially in Jordan and Palestine, says Archbishop Pierbattista Pizzaballa, apostolic administrator of the Latin Patriarchate of Jerusalem, writing for L’Osservatore Romano. On the earth where Christ was born, pilgrimages are almost at a standstill.

The Holy Land has now entered a “prolonged emergency” situation, according to the Italian prelate. Last week, the region’s number of infections was on the rise, meaning that since July 6, a partial lockdown is back in effect.

The spread of the virus worries everyone, Archbishop Pizzaballa said, and puts a brake on the economy. So many people without work generates “dramatic consequences,” in particular in Jordan and the Palestinian territories, areas which do not have the same social protections as in Europe or Israel.

Additionally, most of the faithful are deprived of Mass, he added. With the help of the Knights of the Holy Sepulchre, the Latin Patriarchate therefore opened help centers in the region of Bethlehem, in the north of Palestine, in East Jerusalem, as well as in Jordan. In this historic moment, “this is the best we can do,” he said.

The health situation has brought pilgrimages to practically zero, as the Israeli borders have been closed to foreigners. The prelate said he expected that the number of pilgrims will not return to normal for an extensive time. The pilgrimage industry will have to adapt to new situations with “different methods and routes,” he said, adding that even in such an emergency, there will still be the possibility of encountering Christ.

In the midst of the bad news, Archbishop Pizzaballa noted his delight at recent ordinations. “Despite all the sorrows and divisions, also the political ones, the Lord blesses us with vocations and we thank Him for that,” he said. “We are in the country where Jesus was resurrected and we must therefore keep a paschal outlook on life, which is certainly an outlook with the cross but also of the Resurrection.”

Read more:
There are still knights and dames who protect the Holy Land