Why is there a special sink in the sacristy? 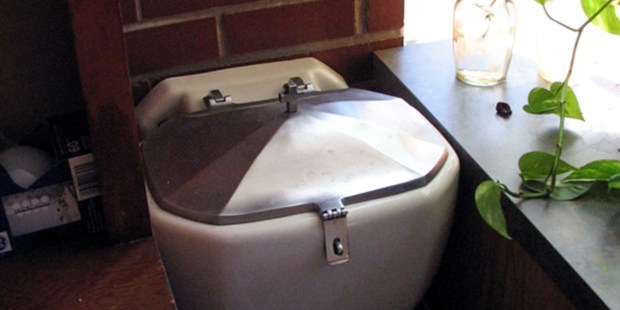 The “sacrarium” is a special sink that has a drain directly to the ground to ensure the proper disposal of sacred elements.

If you have ever been in the sacristy — the room set aside for preparing for liturgy — inside a Catholic church, you may have noticed two sinks. One sink looks normal and has a faucet with normal plumbing.

Then next to it, or in the same room, is a secondary sink. It often has a metal top that covers it and usually does not have a faucet.

What is this sink and what is it used for?

The technical term for this special sink is the “sacrarium” (sometimes called a “piscina”). It was developed for the proper disposal of sacred elements. It has a drain that goes directly into the ground. In this way the natural elements are returned to the earth in a more dignified manner than if they were drained into a holding tank or sewer where they would be mingled with sewage.

One of the purposes of the sacrarium is to dispose of water that contains within it a dissolved consecrated host. Typically when a consecrated host falls on the ground, it is consumed, though sometimes it is saved in the sacristy and put in a dish of water, and once the host has dissolved enough, the water is poured down the sacrarium.

Read more:
What to do when Holy Communion falls on the ground at Mass

A more common use of the sacrarium is to dispose of water that was used to wash the various liturgical linens. The Catholic Encyclopedia lists this and other historical ways the sacrarium is used.

[The sacrarium was used] to receive the water from the washing of the priest’s hands, the water used for washing the palls, purifiers, and corporals, the bread crumbs, cotton, etc. used after sacred unctions, and for the ashes of sacred things no longer fit for use. It was constructed near the altar, at the south wall of the sanctuary, in the sacristy, or some other suitable place.

It remains a custom to burn certain blessed items (called sacramentals) once they are no longer useful, and to bury the ashes in the ground. Pouring them down the sacrarium (with water) would be another option, as its drain leads directly into the ground.

Above all, the sacrarium is used to properly dispose of sacred elements, reuniting them with the earth in a way that respects the blessing they received.

Read more:
How do you dispose of old sacramentals?