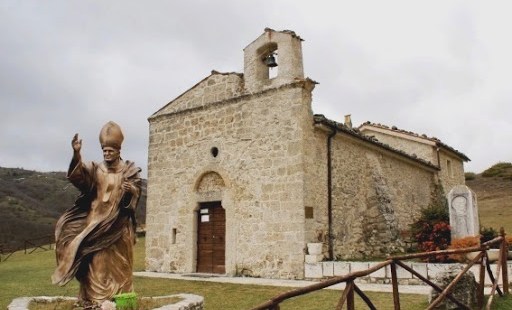 The hike connecting the Sancutary of Saint Gabriel of Our Lady of Sorrows to the Sanctuary of John Paul II is located in the Abruzzo region of Italy.

On the occasion of the centenary of the birth of Saint John Paul II (born on May 18, 1920), a new hiking path was established in the Abruzzo region of Italy, according to an i.media report.

The 24-mile long path intersects the spot where Pope John Paul II stood on June 30, 1985, and connects the Sanctuary of St. Gabriel of Our Lady of Sorrows to the first sanctuary in the world dedicated to John Paul II.

The path, which as befits the memory of Saint John Paul II, an avid hiker and outdoorsman who loved the Abruzzo Mountains, is a strenuous climb, reaching an elevation of 1-mile over sea level, and should take most hikers 14 hours to complete.

The route is called the “Path of the Two Saints,” as it also commemorates the anniversary of the canonization of San Gabriel of Our Lady of Sorrows on May 13, 1920.