Who was the “good thief” and why is he a saint? 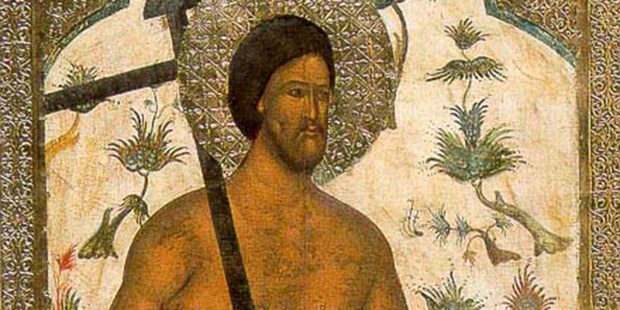 Dismas is venerated as a saint in the Catholic Church, primarily through the words of Jesus Christ, who promised he would be in Heaven.

Probably the best known criminal-turned-saint in the Catholic Church is St. Dismas. He was the “good” or “penitent” thief crucified alongside Jesus, and was promised Heaven by Jesus Christ himself.

Now one of the criminals hanging there reviled Jesus, saying, “Are you not the Messiah? Save yourself and us.” The other, however, rebuking him, said in reply, “Have you no fear of God, for you are subject to the same condemnation? And indeed, we have been condemned justly, for the sentence we received corresponds to our crimes, but this man has done nothing criminal.” Then he said, “Jesus, remember me when you come into your kingdom.” He replied to him, “Amen, I say to you, today you will be with me in Paradise.” (Luke 23:39-43)

These words of Jesus Christ led the early Christian community to believe the “good thief” repented of his crimes and entered Heaven later that day. This automatically made him a saint, as a saint is more loosely defined as anyone enjoying the beatific vision in Heaven.

Very little is known about this man, though tradition often applies the name “Dismas” to him, which means either “sunset” or “death.” What can be ascertained is that he was a criminal in the eyes of Roman law.

According to one biblical scholar, “Two of the most common [criminals condemned to crucifixion] were low-life criminals and enemies of the state … Low-life criminals would include, for example, slaves who had escaped from their masters and committed a crime. If caught, a slave could be crucified. There were two reasons they were subjected to such a tortuous, slow, and humiliating death. They were receiving the ‘ultimate’ punishment for their crime and, possibly more important, they were being used as a spectacle to warn any other slave who was thinking about escaping or committing crimes what could happen to them.”

We don’t know the crime for which Dismas was sentenced, but it was likely something along those lines.

An article on FaithND offers one interesting legend about the early life of Dismas, “One legend says that Dismas and his fellow thief held up Joseph and Mary when they were fleeing to Egypt with the child Jesus. Dismas is said to have been moved to compassion and bribed his companion to let the Holy Family pass safely.”

His feast day is commemorated on March 25, the calendar date that early Christians believed marked the day Christ died.

Not surprisingly, Dismas is regarded as a patron saint of prisoners, and many prison chapels or halfway houses for ex-convicts have been named for him.

Read more:
Saints who were criminals or convicts and found Christ anyway