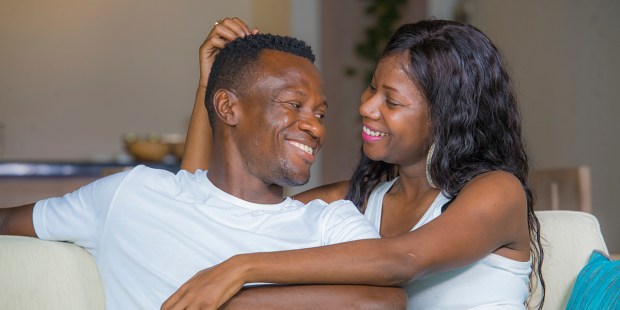 I didn’t except to learn this, but all of it has helped me and our marriage to grow.

I’ve been married for four years now and on each new anniversary I’m always eager to reflect on what has changed over the last year. What’s new? What have we overcome? What’s next?

This last year we went through many life changes–figuring out life after graduate school, living on a farm, living with family, moving to a new state, the death of people we love, and then throw in COVID and the craziness of the last few months. Through all of that, I think I’ve narrowed down the biggest lessons I’ve learned over the past four years to the four points below…

1
Both people in a marriage change over time.

It’s natural for people to change over the years. But, I was so caught up in the line that everyone quotes in relationship advice: “You can’t change someone” that the simple fact that people change has caught me by surprise. My spouse and I are different people now then we were four years ago. And I’d say most of those changes are for the better. There’s a lot of hope in the fact that our habits and motivations change, and our rough edges can soften with time and grace. Sometimes a change in schedule or circumstances is all it takes, and sometimes it’s a slow process that takes years. But either way, we don’t stay completely stagnant.

2
What were huge frustrations often fade.

Something you struggle with at one point in your relationship may be a non-issue just a few years later. The way we both ate were big points of contention when we were dating and engaged. He loves going out to eat, and I don’t. I love getting creative with leftovers, and he can’t imagine repurposing food that was meant to be eaten one way into something new. But now, we’ve found compromises and even some changed tastes, that make eating a much easier road. He’s more open to my experimenting, and we go out to eat on fewer but more special occasions, so I can anticipate them instead of dread them popping up.

It doesn’t take long in a marriage for people to realize how naturally selfish and petty they can be. Spending your time and life with another person alerts you to just how much you care about yourself. When we were first married I realized that I’m just dang selfish….and, unfortunately, it’s still true. Gone are my happily delusional single days where I thought I was a paragon of altruistic kindness and generosity. But even after that newlywed realization I figured, “Okay, so I’m very selfish. I’ll learn to be better in the next few years.” Somehow, I’m still not much better. I’ve taken some baby steps though. And I’ve come to accept that I’ll be working on more baby steps for the rest of my life. At the end of the day, that’s what makes marriage work. The daily choice to be at least a little less selfish than you were yesterday.

4
Sorrow can bring couples together.

The pain that we’ve experienced with the craziness of moves and job hunting and making bigger life decisions, as well as grief from recent miscarriages, were all very unifying moments. I had assumed that when hard times come, you automatically grow apart and become resentful. But I was happily surprised at how much grace we gave each other in the hardest parts of our marriage to date. Instead of fearing suffering and change, I now know it has the power to bring us together and keep us on the same page.

With all the good and bad spots in marriage that come up every day, there are some great married saints to ask for help as we continue to live this beautiful sacrament.

Read more:
How to be a better cheerleader in your marriage