Rebuilding Notre Dame: We’ve been down this road before

The French Revolution turned the church into a Temple of Reason.

Last week’s announcement that the iconic spire of Notre Dame Cathedral will be restored to its traditional 19th-century form brought back memories of the devastating April 15, 2019, fire that severely damaged the 800-year-old church.

But the fire, which destroyed the Notre Dame’s roof, wasn’t the first time the cathedral went through traumatic change. The French Revolution wasn’t very kind to it either.

In the eyes of the revolutionaries, the Catholic Church was too entangled with the monarchy, so calls for greater equality meant that the Church had to be out of the way as much as the ruling power.

“As the monarchy toppled, then fell, a small group of radical revolutionaries who had been influenced by Enlightenment-era philosophies of freedom of religion and a reason-based society saw their chance to strip the Church of much of its authority,” says the website of the History Channel. “They embarked on a dechristianization campaign, confiscating Church property, trying to get all clergy to swear their loyalty to the new state, and removing the Church’s control over the birth, death and administrative records it had held for so long.”

Read more:
Notre Dame will be restored to exactly the way it was before fire, says French government

During the September Massacres of 1792, Parisians massacred and jailed priests. Clergymen were put on trial during the Reign of Terror. Public worship was made illegal in 1793. People stripped churches of their religious symbols.

Of course, the most visible target was the imposing Notre-Dame de Paris. It was here that Henry VI of England had been crowned king of France in 1431. The cathedral’s west facade featured 28 statues that portrayed the biblical Kings of Judah. In 1793, the new government ordered workers to remove them, and they were brought to the cathedral’s square and decapitated.

But not only was the cathedral’s physical appearance under attack, but its very meaning as a church was as well. “In November 1793, the cathedral became the site of the Festival of Reason, a revolutionary and anti-religious festival that both mocked Catholicism and suggested that French people should worship Enlightenment principles instead,” History continued. “After the cathedral was plundered, it became the stage for a packed public event in which a seductively dressed actress portraying the Goddess of Reason was worshiped atop a mountain. Enlightenment philosophers’ busts and statues of the Liberty replaced religious statues, and seductively dressed women danced and sang songs extolling the revolution. The centuries-old cathedral was renamed the Temple of Reason. Almost everything inside was looted aside from its bells.”

The Encyclopaedia Brittanica tells us that after the damage of the French Revolution, the church was sold at auction to a building-materials merchant. “Fortunately, Napoleon came to power in time to annul these and ordered the edifice redecorated for his imperial coronation in 1804,” the encyclopedia says.

Make sure to visit the slideshow below to discover how the fist mass in Notre Dame after the fire was celebrated. 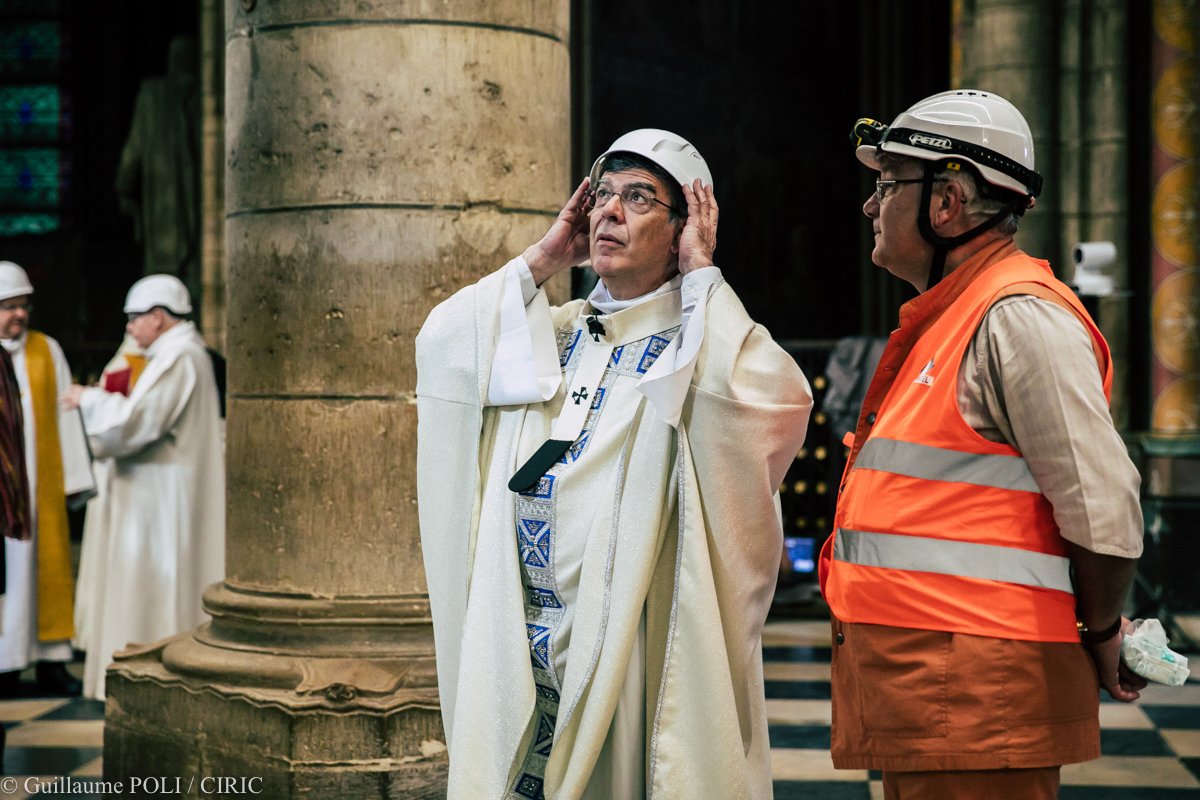