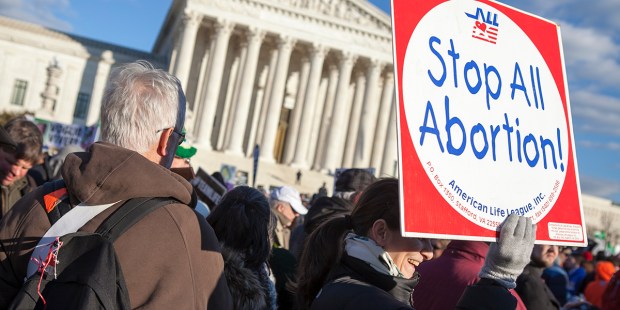 Moral clarity lacking in the thinking of many on the issue of human life.

When a poll several years ago found the percentage of Americans who believe abortion should be illegal was the majority for the first time, pro-life advocates were able to use the results to argue that the United States was coming to realize that Roe v. Wade was wrong.

But a new survey/study — not a mere opinion poll — claims that the reality is a lot more complex than pro-life Americans vs. pro-choice Americans. The survey, conducted by sociologists at the University of Notre Dame, was based not on a set of simple multiple choice questions posed to more than 1,000 respondents, as is typically the case, but on individual 75-minute interviews with just 217 Americans.

How Americans Understand Abortion: A Comprehensive Interview Study of Abortion Attitudes in the U.S., released last week by Notre Dame’s McGrath Institute for Church Life, claims to be “the largest known in-depth interview study of ‘everyday’ Americans’ attitudes toward abortion.”

The 217 persons were chosen to represent a cross-section of ordinary Americans, and the interviews were conducted between March and August 2019.

“This study … engaged a diverse cross-section of American adults in comprehensive one-on-one interviews averaging seventy-five minutes, with questions designed to elicit open-ended thoughts, feelings, and experiences connected to abortion attitudes,” said the study’s executive summary. The project examines how people’s knowledge of the issues involved in abortion is sometimes very limited; how their opinions are informed by religion, politics, and personal experience; how labels such as pro-life or pro-choice are often limited, and how society might facilitate “a more empathetic, productive public conversation about abortion.”

The study also suggests weaknesses in people’s moral reasoning and ability to work through ethical issues, which may well suggest what work the pro-life movement and the Church has to do. Quotations from interviews reveal Americans who are ambivalent about issues having to do with human life, afraid to enter into discussions about abortion, and unable to clearly state moral absolutes.

One interviewee, for example, who the study calls “Michael,” likens abortion choices to euthanasia, “because it’s your body — do what you will with it, as long as it does not harmfully impact another human being.”

Others insist that all moral decisions are “situational” or “circumstantial” or that they don’t have the experience and knowledge to adjudicate between them. Absent this, they position themselves as not morally opposed (though none in this group chose “it depends” as their stance toward morality).

“Interviews … reveal that most Americans have not given careful thought to abortion, beyond how labels, politics, and media frame public conversations. Wells of meaning are deep, but they are typically unexamined. Most Americans don’t know for themselves what they believe about abortion. Many find themselves bereft of scientific, legal, and moral lexicons to reason through difficult topics, working with a limited set of facts and tools in moral reasoning,” said the document.

The highest proportion of interviewees expressed neither moral opposition nor the opposite, but ambivalence, according to the study. Overall, 38% of interviewees said that abortion’s morality “depends,” tying the morality of abortion to circumstance.

The authors of the study, led by sociologist of religion Tricia C. Bruce, contend that most public opinion polls on abortion do not go deeply enough and end up not giving the full picture on Americans’ attitudes toward the subject. “We hear statistics and common labels, but we have a hard time seeing in them the people they supposedly describe — people like ourselves or our friends and family members. What we’re left with is a thin and segmented view of public opinion on abortion, disproportionately amplifying some (already loud) voices and rendering others silent. This reduces confidence in what we ‘know’ about everyday Americans’ abortion attitudes, despite the plethora of readings on the topic. It is time to add to (and thereby change) this conversation.”

Bruce and her colleagues believe there needs to be a better national conversation about abortion, and to that end they make several recommendations on how to facilitate it. The suggestions include:

The complete study can be found here.