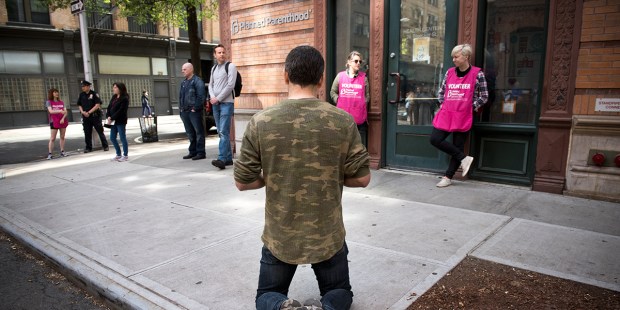 Decision comes in wake of dismantling of statues and renaming throughout the United States.

Planned Parenthood is joining in the movement to dismantle monuments.

But in this case, the organization, which is known for its provision of abortion and birth control, is toppling a “monument” to its own founder.

It’s not a monument in the sense of a statue, but an honor nonetheless: Planned Parenthood of Greater New York will remove the name of Margaret Sanger from its Manhattan health clinic.

“Today, Planned Parenthood of Greater New York announced its plans to remove Margaret Sanger’s name from the Manhattan Health Center as a public commitment to reckon with its founder’s harmful connections to the eugenics movement,” the group said on Tuesday. “PPGNY also announced it is working with the Community Board, City Council and community to rename an honorary street sign that marks the ‘Margaret Sanger Square’ at the intersection of Bleecker and Mott Streets in Manhattan.

“The announcement reflects the first of many organizational shifts to address Sanger’s legacy and system of institutional racism, which negatively impacts the well-being of patients, staff and PPGNY’s broader communities,” the statement continued. “The initiative is part of PPGNY’s Reviving Radical initiative — an initial  three-year commitment and framework for holding long overdue dialogues and uplifting a vision for repair and transformation that communities of color and reproductive justice leaders have been calling on for decades.”

Karen Seltzer, chairwoman of the board at PPGNY, said in the statement that the removal of Sanger’s name is “both a necessary and overdue step to reckon with our legacy and acknowledge Planned Parenthood’s contributions to historical reproductive harm within communities of color.” Sanger’s “racist legacy,” she said, has been “clearly documented. … There is overwhelming evidence for Sanger’s deep belief in eugenic ideology, which runs completely counter to our values at PPGNY. Removing her name is an important step toward representing who we are as an organization and who we serve.”

Not everyone agrees with PPGNY’s assessment of Sanger’s legacy, however. Ellen Chesler, who wrote the biography Woman of Valor: Margaret Sanger and the Birth Control Movement in America, said that the Planned Parenthood founder’s views have been misinterpreted. Sanger believed that the quality of all children’s lives could be improved if their parents had smaller families, said Chesler, a senior fellow at the Roosevelt Institute. Sanger believed Black people and immigrants had a right to that better life, she added.

“Her motives were the opposite of racism,” Chesler told the New York Times.

But pro-life activists expressed surprise and satisfaction at the news. Kristen Day, who leads the group Democrats for Life, tweeted on Tuesday, “Democrats For Life of America congratulates Planned Parenthood for removing Margaret Sanger’s name from Manhattan clinic. … They are finally acknowledging their racist legacy.”

The announcement of the renaming comes just two weeks after Alexandra DeSanctis, a writer at National Review Online, wondered out loud how long it would be before Sanger’s legacy came into question, in the midst of the toppling of statues throughout the nation.

“I wonder, too, whether these crusaders will train their gaze on one of our nation’s far more serious offenders of racial equality: Planned Parenthood founder Margaret Sanger,” DeSanctis wrote. “She was, after all, a foremost proponent of the eugenics movement — motivated by her particular animus toward poor non-whites — and her campaign to legalize birth control was motivated in large part by her desire to prevent the ‘unfit’ and ‘feeble-minded’ from reproducing.”

And just the day before Planned Parenthood’s move, Rep. Russ Fulcher (R-Idaho) called for a “troubling” bust of Sanger to be removed from the Smithsonian Institution. “As our nation struggles to address racial injustice, it is unconscionable that an avowed racialist and eugenicist is featured so prominently,” Fulcher wrote to the Smithsonian. “Ms. Sanger is not the kind, inspirational figure you refer to when you talk about challenging our nation ‘to live up to its founding ideals.’”

The clinic is right next door to the Archdiocese of New York’s Sheen Center for Thought and Culture.