He was only 14 but he already lived “heroic virtue”: Meet Angiolino Bonetta 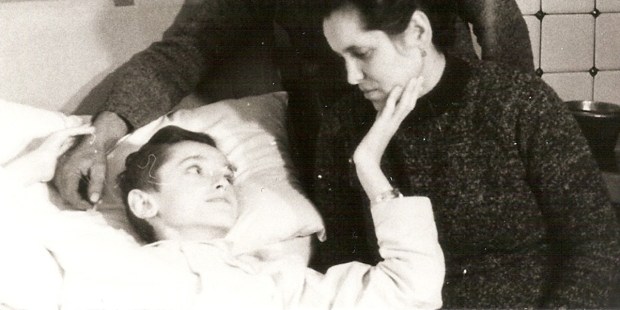 The young athlete died of cancer that resulted first in amputation. His last words: “Mom, here we are. Here is my hour.”

Angiolino Bonetta was born on September 18, 1948, in Cigole, a town in northern Italy located in the Diocese of Brescia, a diocese established in the first century. His parents, Francesco Bonetta and Giulia Scarlatti, managed to make ends meet, but there were no “extras.” As Angiolino grew, he displayed an inner happiness combined with an intelligent mind.

Angiolino attended schools taught by the Canossian Sisters of Charity. They noticed his intense commitment to prayer and how devoted he was for such a young boy. On April 14, 1955, at the age of six, he received his First Holy Communion. As Angiolino grew his love for the Holy Eucharist, and the Sacrament of Penance developed too. He became an altar boy and would serve Mass every Sunday. He also loved the nuns and would stay at school as long as he could to help them. The nuns, in turn, loved having Angiolino around. His eyes displayed love and kindness, and it was enjoyable being in his company.

As he grew, Angiolino’s athletic ability was recognized, particularly that he was a fast runner, and he began to excel at soccer. But at the same time, the youngster was developing a limp. And from its inception it got dramatically worse. Angiolino was also having sharp pain in his right leg.  His mom and dad had him admitted to the hospital for testing. The initial diagnosis came back as osteomyelitis in his right leg. He was then admitted to the civil hospital in Brescia where the diagnosis became more specific; the boy had osteosarcoma.

Angiolino’s life began its medical journey. He was in and out of the hospital on five separate occasions for treatments. Two years after he first began limping and feeling pain, he was wheeled into the operating room. The date was May 2, 1961; he hadn’t yet turned 13. That was the date his right leg was amputated. It was also the beginning of his painful post-operative period. During this time the physical pains were combined with psychological pain. Angiolino imagined he still had his leg and was feeling pain from something that was not there, while feeling physical pain from the amputation and the healing process.

Yet, this young man of great faith never failed to lean on Jesus and Our Lady. He would pray, “Lord, I have offered you everything for the poor sinners, but now help me not to deny you anything.” Next to his bed was an end table, and on it was the story of Fatima. He had read in it where Our Lady asked people to offer penances and prayers for the conversion of sinners and the souls in purgatory. He promised Her he would do that, and he did.

After a long convalescence in the hospital, he returned home to find a party that had been arranged for him. Most of the guests were saddened to see Angiolino missing his leg. But it was Angiolino who cheered everyone up by yelling out, “This is a party! Look on the positive side. Now I do not have to wash my foot and cut my toenails.”

He quickly began to work at cheering up those around him, whether sick, injured, or not. He participated in the 1961 Spiritual Exercises held at the church of the Madonna del Sangue di Re (Novara) for the Volunteer Center of Suffering. He became a friend of all and was a role model for the sick. He comforted patients, visited wards, and always urged those he saw to strengthen themselves with prayer.

By 1962, though, the cancer had spread and was in the lung. Radiation was no longer effective. It was during this time when he met Monsignor Luigi Novarese (beatified in 2010), the founder of the Volunteer for Suffering Center in 1947. He even managed to participate in a pilgrimage to Lourdes organized for the sick. He loved Our Lady of Lourdes and St. Bernadette.

On January 27, 1963, the parish priest heard Angiolino’s confession and brought Viaticum, his last Holy Communion. The boy was anointed, and he continued praying with those around him. At two in the morning, he awoke and said to his mother, “Mom, here we are. Here is my hour.” As he stared at the statue of Our Lady, he closed his eyes and died. The date was January 28, 1963.  He was just 14 years old.

On July 10, 2020, Pope Francis declared that Angiolino Bonetta was a young man of “heroic virtue” and declared him Venerable.