Missionaries went to China to spread the Gospel, and had an impact on science as well 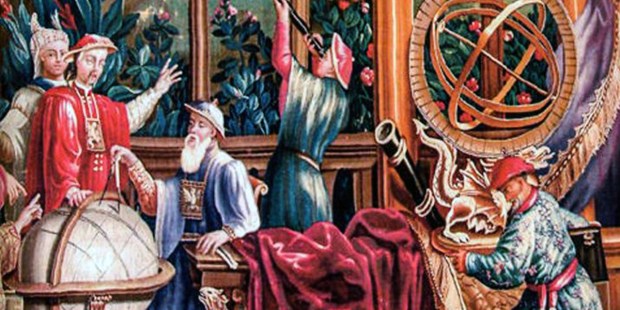 The Jesuits became so well respected that they held top posts in Chinese society.

When Christian missionaries went to China in the 16th century, they brought more than the Gospel with them. Members of the Society of Jesus — the Jesuits — also brought their scientific learning, leaving an inestimable impact on the historical development of the Middle Kingdom.

“By the time European Jesuit missionaries arrived in the 17th century CE, Chinese science and astronomy were behind in terms of European technological advancement,” writes Sean Lim, a science writer and chief editor at The Skeptical Chemist, in an entry at the online Ancient History Encyclopedia. “The Jesuits eventually held important positions at Chinese institutions and introduced new texts, astronomical tables, a new calendar and several new scientific instruments.”

Chinese astronomy, for example, was focused on calendar studies, Lim writes, “the study of constellations, movements of celestial objects and astrology with the intention of predicting events that would happen on Earth. In addition to predicting eclipses and other phenomena, astronomy had key roles in timekeeping, calendric and ritualistic functions.”

The Jesuits used their scientific knowledge to “gain a foothold within the Chinese elite with the ultimate goal of spreading the Catholic faith,” Lim says. Matteo Ricci, for example, translated Euclid’s Elements of Geometry and other scientific works and introduced modern astronomical tables.

The Chinese must have been impressed, because they appointed one of the missionaries, Adam Schall, director of the Imperial Bureau of Astronomy. Other Jesuits filled this post for the next century and a half, until the Society left China at the end of the 18th century.

By that time, generations of Jesuits had helped the Chinese understand Euclidean geometry, in order better to understand the movements of celestial bodies, the computation of planetary motions, the idea of a spherical Earth and methods for prediction of eclipses.

But they weren’t finished.

“The Jesuits returned to China in 1814 CE after the reformation of the Society of Jesus and founded observatories, using them for works on astronomy, meteorology, seismology and geomagnetism,” Lim writes. “They were allowed direction of these observatories until 1950 CE, when the communist government seized control of them.”

The rest of Lim’s essay can be found at the Ancient History Encyclopedia.