Why is St. Roch the patron saint of dogs?

St. Roch is the patron saint of dogs because a dog would lick his sores and bring him bread when he was suffering from the plague.

Dogs have been known as “man’s best friend” for centuries, and even many saints were aided by dogs when they were in need.

For example, there is a popular story from the life of St. Roch that has since earned him the title of “patron saint of dogs.”

In the 14th century, St. Roch devoted himself to helping the sick who were suffering from the plague. He visited many Italian towns and eventually contracted the same disease that he was battling.

Read more:
Why St. Roch is a powerful patron against plagues

Afraid that he would infect others, St. Roch isolated himself from others by going into a self-quarantine in the forest. There he was slowly dying, but God provided for him by sending him a dog.

This dog would lick his sores and bring him bread each day that he took from his master’s table. This is why St. Roch is often depicted in paintings with a dog.

After a certain time had passed, St. Roch was healed of his ailments and then continued his ministry of curing the sick.

For dog lovers, St. Roch is a worthy intercessor, who can watch over and protect your beloved pet. 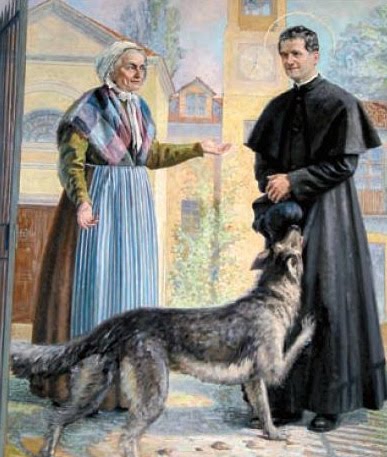