These are the “forgotten” churches located within Syria’s “Dead Cities”

Dating from the 1st to the 6th centuries, the churches of Syria’s "Dead Cities" are some of the oldest examples of Christian architecture.

Since 2011, Syrian cultural heritage sites like the ancient city of Damascus and the ancient city of Aleppus have made headlines for the damage they suffered from the war. But readers may not know that Syria is also home to the so-called “Dead Cities (also known as “Forgotten Cities”), a group of about 700 ancient towns that used to be capitals of thriving rural life during Late Antiquity (395 AD – 800 AD) and the Byzantine era (330-1453) when parts of northwest Syria were at the heart of an olive oil trading route.

Located in a limestone formation between Aleppo and Idlib, the “Forgotten Cities” date to the period between the 1st and 7th centuries. Historians think they were progressively abandoned between the 8th and 10th century. It’s still unclear why they became“forgotten.” Perhaps a drop in olive oil prices, or maybe changes in trading routes after the Arab conquest of a large part of the Middle East. Today, the remains of their sumptuous villas, public baths and especially their churches stand as a testament of the transition between pagan world of the Roman Empire and Christianity. Here are some of the oldest examples of Christian architecture from Syria’s forgotten cities. 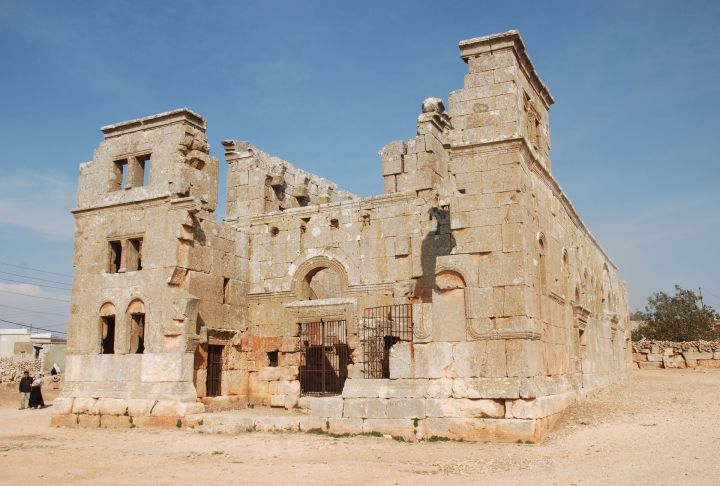