The 12th-century Serbian structures have remained largely unchanged, offering visitors a glimpse of the past.

For eight centuries the Hermitage of St. Sava has clung to the sides of Radočelo Mountain as an enduring testament to the Christian faith of Serbia. The site is named for the patron saint of Serbia, who lived there for much of his later life while he was pursuing his mission to evangelize the Serbian people.

There are few records that remain from the construction of this hermitage, but it is generally agreed that the hermitage sprang up at about the same time as the nearby Studenica Monastery, which Atlas Obscura explains, was commissioned by Stefan Nemanja, the medieval Grand Prince of the Serbian Grand Principality. St. Sava was Stefan’s son, making him a prince of Serbia, and he went on to become the first Archbishop of Serbia.

The breathtaking mountainside structures stand at 300 feet above sea level, which gives the Hermitage an awe-inspiring view of the surrounding canyon landscape. StudenicaInfo, a website dedicated to the Studenica Monastery, explains that the Hermitage of St. Sava is only accessible by a difficult foot trail up the canyon wall. This path has remained unchanged since the time of St. Sava and offers pilgrims the opportunity to experience the same walk as the saint.

Once in the Hermitage, which is still home to monks, pilgrims and visitors can explore the historical grounds, including monks’quarters, the scriptorium, St. Sava’s cave, and a well spring from which ice cold water can be drawn. The Hermitage played an important role in the enlightenment of Serbia, as St. Sava led his monks to produce literature of an edifying nature. The saint himself is said to have written two of his works at the hermitage: Studenica Typikon and Life of St. Simeon.

While the many sights of the Hermitage of St. Sava are worth a trip all on their own, pilgrims may find the most spiritual value in the long walk up the mountain through serene scenery. The quiet one might find at the mountainside property makes it an exemplary place for meditation or reflection.

For a view of the Hermitage of St. Sava, in Serbia, take a look at the short video featured above, and then check out our slideshow. 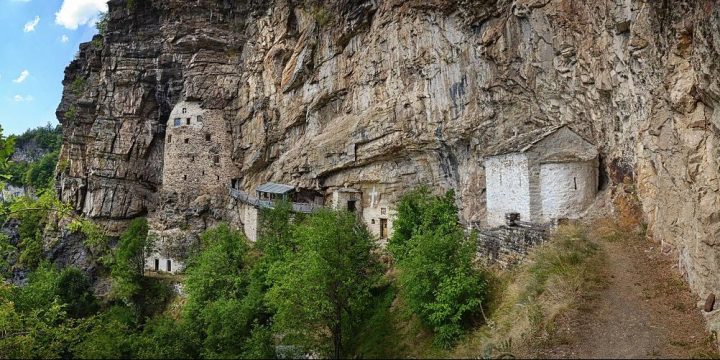