Leonardo’s “Salvator Mundi” to be subject of a Broadway musical 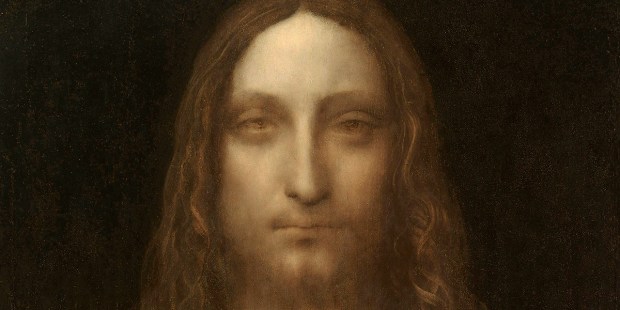 The long-lost painting of Jesus was sold at auction in 2017 for a record-breaking $450 million.

Artnet reports that Leonardo da Vinci’s long-lost painting “Salvator Mundi,” which sold at auction for $450 million after it was rediscovered, is set to become the subject of a Broadway musical.

The story behind the painting’s rediscovery, its sale, and its current status (missing again) certainly provides enough drama for a stage production. Artnet reports that the “production company behind Dear Evan Hansen and Tina: the Tina Turner Musical is planning a show about Salvator Mundi,” promises that “Salvator Mundi! The Musical—which is due to launch in New York in 2022—will mix the ‘historical reportage of Hamilton with the fantasy and delight of Willy Wonka’s golden ticket.’”

History of the painting

The painting of the Salvator Mundi (Savior of the World), is one of only 15 oil paintings by Leonardo in existence. Created for Louis XII of France between 1506 and 1513, it was recorded as part of the art collection of King Charles I of England in 1649. After Charles was executed and the English monarchy abolished, the painting was sold. In 1900, a Sir Frederick Cook purchased the painting, and his descendants sold it for a mere £45 in 1958.

The rediscovery of the painting

In 2005 the painting’s owner brought it to New York art dealer Robert Simon, who suspected it might be a genuine Leonardo. Oxford art historian Martin Kemp confirmed that theory, telling ARTIFINO that he recognized it as the great master’s work right away.

“It was quite clear. It had that kind of presence that Leonardos have. The ‘Mona Lisa’ has a presence,” he said.

“Salvator Mundi” became the most expensive painting in the world when it sold at auction in 2017 for $450 million. After the painting was sold to Prince Bader bin Abdullah bin Farhan Al Saud of Saudi Arabia in 2017, it was revealed that he was acting on behalf of Crown Prince Mohammed bin Salman.

Where is it now?

On September 3, 2018, a scheduled unveiling of the painting was cancelled by the Abu Dhabi Department of Culture and Tourism. The current location of the painting is unknown.