3 Ways St. Ignatius of Loyola is an example to modern men 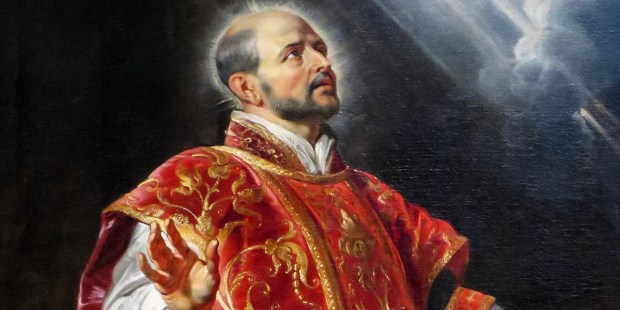 Today he’s a spiritual giant, but he took a long and winding road to reach his mission.

Today he’s a spiritual giant whose legacy is found in all parts of the world, but at times during his life, St. Ignatius of Loyola didn’t seem like he was going to amount to much.

As a young soldier, Ignatius was known for a vanity matched only by his thirst for fame and violent duels. Even after his religious conversion, following a battle injury that left him convalescent and forced him to read spiritual books out of boredom, his life’s journey looked erratic from the outside.

He wanted to study for the priesthood but didn’t know Latin, so he began classes at a public grammar school, then enrolled at the University of Alcala—where he got in trouble with the Inquisition for teaching about the Gospels and prayer without being ordained, and spent 42 days in jail. After that he bounced around at various universities—University of Salamanca, University of Paris—before finally graduating with his Master’s degree and beginning the work to which God had called him — founding and running the Society of Jesus.

St. Ignatius lived for only 16 years after instituting the Jesuits, but in that time, he “set the world on fire,” as St. Catherine of Siena would say, with his dedication to forming souls through education and example. Here are three lessons from his life that have particular relevance for men today.

1
When you're trying to bring souls to Christ, how you act is more important than what you say.

Few disciples could be said to love truth more than St. Ignatius did. His order became famous for their work combating heresy and teaching theology, and he was a central figure in the Counter-Reformation. Yet in his passion for the truth, he did not neglect to give equal primacy to charity. In stark contrast to the aggressive anger of his youth, St. Ignatius cautioned his followers to practice kindness and restraint in their pursuit of truth:

“Great care must be taken to show forth orthodox truth in such a way that if any heretics happen to be present they may have an example of charity and Christian moderation. No hard words should be used nor any sort of contempt for their errors be shown.”

These words certainly apply to many situations in the present day. It can be tempting to verbally annihilate an intellectual opponent (and certainly there’s a time and place to enjoy good-natured intellectual sparring!), but St. Ignatius points to the truth that the goal is not to win the argument but to bring souls to know Christ.

In disagreements that crop up, you might ask yourself, “Am I treating this person in such a way that the love of Christ is manifest in me? How can I help this person grow closer to Our Lord through conversing with me?”

2
Build your band of brothers and tackle life's challenges together.

It’s so hard to make time for friends as an adult! In the crush of work responsibilities and family obligations, you might be pushing it to have time to exercise for 20 minutes a day, let alone call an old friend or have a neighborhood pal over for a beer in the backyard. But the life of St. Ignatius shows clearly that time spent on friendships won’t go to waste. In fact, strong friendships might be the best catalyst you can find to help you reach your goals.

All that bouncing around St. Ignatius did between universities? It turns out that God had a purpose for that. When he got to the University of Paris, his roommates were St. Francis Xavier and St. Peter Faber, who famously did so much to advance his mission and were steadfast, reliable supports and companions to him. Friendship was absolutely central to St. Ignatius’ life and mission.

Good friends can be like a personal “band of brothers,” walking through life alongside you and sharing laughs every step of the way. It’s worth it to reach out and keep building those relationships, even if it’s just a quick text these days. Perhaps you and your group of friends won’t be founding a new religious order (although, who knows?!), but the ups and downs of daily life are infinitely better with some great guys in your corner.

3
You're never too old or too young to change your life or change the world.

After many years as a courtier and a soldier, St. Ignatius decided to enter the priesthood, but realized he would need an education he’d never received. So he started from the beginning, attending a children’s grammar school at the age of 33:

His studies provide us with one of the more remarkable portraits of his newfound humility: the once-proud soldier squeezed into a too-small desk beside young boys in the classroom, making up for lost time.

When he finally graduated from the University of Paris with his Master’s degree, he was 43, in an era when life expectancy hovered between 30 and 40 years. His Society of Jesus did not officially begin its work until 6 years later, when he was 49—for the time, an advanced age to be starting a new enterprise. But he didn’t stop to equivocate, “I’m too old!” He simply did the work he knew God was calling him to do.

When it comes to answering God’s call in prayer, age is not the stumbling block it might seem to be. God can work wonders with children as well as with the elderly, and everyone in between. Like St. Ignatius, a person of any age can find the humility and courage to start anew.