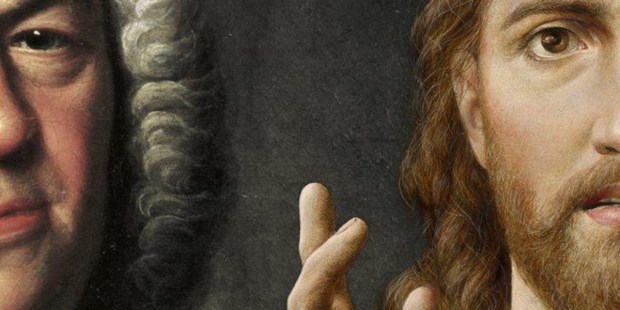 Benedict XVI penned a greeting for the Bach Festival Leipzig 2021, written already in June 2019 — saying that he was writing it in advance since he doesn’t know “how long my health will stand the test of time.”

That message has been published in part by the festival, offering to the public the refection from the pope emeritus not only on the sacred music, but also on the role of culture that has faith at its root.

The festival this year will present a “Bach’s ‘Messiah,'” in which the life of Christ will be presented in 33 selected cantatas, the three oratorios and the St. Matthew Passion.

Performances of Handel’s “Messiah” will frame the cycle.

Maul entered into an exchange of letters with Benedict XVI, which culminated in the greeting from the pope emeritus for the Bach Festival Leipzig 2021.

In the three-page text, Benedict conveys his blessings for the festival and his appreciation of the idea of the cycle:

The particularity of this festival is that it has merged the works of Bach relating to the life and work of Jesus Christ of Nazareth into one whole, thus gifting us with a kind of “Messiah” by Bach. The Christmas Oratorio, the Passions, the Easter Cantatas, the great Mass in B Minor, which in the Credo takes us step by step through Jesus’ whole life and simultaneously transposes it into the life of the community of believers – these, together with a series of Sunday cantatas, are the essential elements which go to make up this musical image of Jesus, this image of the “Messiah.”

The fact that the artistic director, Dr Michael Maul, whom we have to thank for this concept, took my Jesus trilogy as his inspiration and guide was a particular joy for me and one I accept with gratitude.

Benedict also emphasizes the role of Bach’s music as a timeless guardian of the divine message in a world in which “the faith that produced this music and which Bach, as a musician, loyally served, is now extinguished and continues to have an effect only as a cultural force.”

As a devout Christian, one may regret this reduction, but it also has a positive element. For the fact remains that something is accepted as culture, that is the fruit of a devout encounter with Jesus and that bears this origin in it forever.
Let us remember that according to Bach, the “end and final reason” of all music should be “none other than God’s glory and the recreation of the mind.” And indeed, Bach’s glorious music itself moves us deeply and glorifies God, even where he is not formally present through faith.
In this sense, precisely those people who share Bach’s faith can rejoice and be thankful that through his music, the atmosphere of faith, the figure of Jesus Christ, lights up even where faith itself is not present.

The conclusion of the pope emeritus is:

And so it seems to me that there is a two-way process: faith has generated culture, which shines far beyond it. But inversely, even today, this culture still conveys something of its origin to the whole world.
It is something akin to the “pleasing aroma” that emanates from Christ (cf 2 Cor 2, 14f). It has no missionary intention; the “pleasing aroma” is present for its own sake, without intent, and precisely by this means does it spread “God’s glory.”

In this way, we can all, Christians and non-Christians, believers and non-believers, gratefully allow ourselves to be moved by beauty, knowing that it shows us the right way.

In this sense, my best wishes and sincere blessings are with the 2021 Bachfest.

Read more:
Pope prays for artists: We cannot understand the Gospel without beauty
As thanks for the preface, Artistic Director Maul submitted to the pope emeritus a facsimile of Bach’s autograph score of the Mass in B Minor, the last work of the Lutheran Bach.
Benedict XVI thanked him by letter for this:

wonderful gift from the bottom of his heart. It is an extraordinary experience to hold Bach’s own handwriting in one’s hands and thus, as it were, to encounter the source of a work that not only transcends the confessional boundaries of a period, but touches and will touch humanity as a whole and in all times.

Read more:
How to get kids interested in classical music