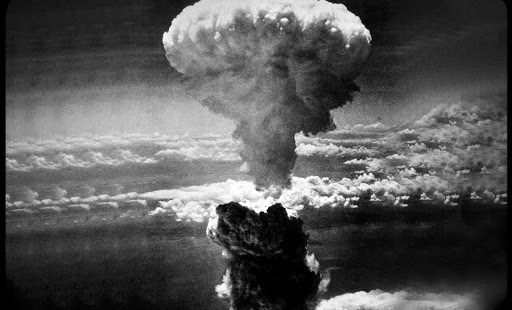 Loss of trust in humanity was worst effect of event, says Mitsuaki Takami.

Mitsuaki Takami, was a three-month-old unborn baby on August 9, 1945, when his family lived through hell. In spite of the fact that many of his relatives were killed by the atomic bomb dropped on his city of Nagasaki that day — the second use of a nuclear weapon  in history — or died in the days and weeks following, Takami was saved.

Today, 75 years after the dramatic events that led to Japan’s surrender and the end of the Second World War, Takami is the Roman Catholic archbishop of Nagasaki and president of the Catholic Bishops’ Conference of Japan.

As the world marks the 75th anniversary of the dropping of atomic bombs on Hiroshima and Nagasaki,Takami reflected in a forum sponsored by Georgetown University on the meaning and implications of the United States’ decision to use the weapons.

Nagasaki is a area in Japan with a rich Catholic history.

Maryann Cusimano Love, associate professor of international relations at the Catholic University of America, in an introduction to the online event, said it was ironic that the United States, through the use of the bomb on Nagasaki, accomplished what centuries of persecution could not: “destroy  the center of Christianity in Japan and Asia.”

“Archbishop Takami’s life is witness to a miracle — certainly that he lived through a blast that killed so many — but also as  living stones that rebuilt the Church and Japan with their lives.Priests and nuns were among the first responders in Hiroshima, ministering to the needs of bomb survivors, reminding us all that  even within the horror of war, love is possible, peace is possible, peace is practical, peace is our calling. Rather than ending the Church, or turning to cycles of vengeance and violence, Nagasaki arose from the ashes to educate, advocate, and be ambassadors for peace, carrying the message from Nagasaki around the world.”

Archbishop Takami said that  when the bomb was dropped, 14 parishioners of the city’s Urukami Church were going to confession in preparation for the feast of the Assumption. They and two priests were killed instantly. Over the next few months, some 8,500 of Urukami’s 12,000 parishioners would be dead, succumbing either to the blast or to radiation sickness.

But in spite of the loss of life and the destruction, the archbishop said there was something more important that was lost that day: many Catholics lost their faith and left the Church.

And, quoting Takashi Nagai, a Catholic radiologist and author of The Bells of Nagasaki, Archbishop Takami lamented that people lost their trust in humanity.

Bishop David Malloy of the Diocese of Rockford, Illinois, and chairman of the Committee on International Justice and Peace, United States Conference of Catholic Bishops, also spoke during the forum.

“We cannot let something like this become an abstraction,” Bishop Malloy said. “There are always persons and families and stories involved with those moments.”

The forum was hosted by Georgetown University’s Berkley Center for Religion, Peace, and World Affairs and the Catholic Peacebuilding Network, in partnership with the University of Notre Dame’s Kroc Institute for International Peace Studies, Keough School of Global Affairs; Northwestern University’s Sheil Catholic Center; the Catholic Bishops’ Conference of Japan, Japan Catholic Council for Justice and Peace; the United States Conference of Catholic Bishops, Office of International Justice and Peace; Catholic University of America’s Institute for Policy Research and Catholic Studies; the International Federation of Catholic Universities; and Pax Christi International. It was one of a series of initiatives of the Project on Revitalizing Catholic Engagement on Nuclear Disarmament.