Venerable Mariano Jose: “The business I want is to save souls” 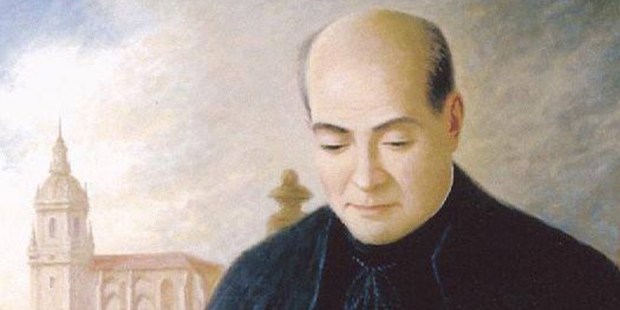 At the time of his death, everyone was already expecting his canonization.

Mariano Jose de Ibarguengoitia Zuloaga was born Septemeber 8, 1815, in Bilbao, located in north-central Spain. He was the youngest of nine brothers, and, sadly, his dad passed away when he was only two years old. His mom, a resourceful woman, knew how to stand up to adversity and held the family together. She taught her children well and made sure their education was of high quality, especially when it came to formation in the faith.

Mariano was blessed with a keen mind and excelled in his studies. Even as a child, his ability to process and solve mathematical problems made his instructors take notice. His family’s business was dealing in trade and commerce, and his mother recognized her son’s potential, as did her relatives who were also involved in the family business. However, Mariano had other ideas. He told them, “The business I want is to save souls.”

Mariano studied philosophy, theology, and law in Bilbao, but in 1833  the First Carlist War erupted, and he had to move to Santiago to finish his studies. He then traveled to Rome and completed his formation and was ordained to the priesthood in April 1840.

Father Mariano and his companions found themselves quickly dragged into the politics of the time and were exiled to Valladolid in 1843. However, Father Mariano did not lose sight of the fact that he was a priest, and owed himself to God before all else — and that his primary purpose was to save souls.

When Father Mariano returned from exile he was assigned to the parish of San Antonio Abad in Valladolid. He poured himself into his ministry, giving talks, sermons, hearing confessions, teaching children’s catechesis, visiting the poor, the sick, the imprisoned, and working with St. Vincent de Paul conferences. He began devotions to the Holy Christ of Mercy, organized the Association of Catholic Mothers and the Archconfraternity of the Most Pure and Immaculate Heart of Mary. There was no pastoral activity anywhere in the area where Father Mariano Jose did not make his presence known.

Read more:
This man founded one of the Church’s most fascinating religious orders: for female ex-cons

After 18 years assisting at San Antonio Abad, Father Mariano was appointed pastor. His parishioners were thrilled, and Father continued his work by founding the House of Refuge for the redemption of “public women,” the Daughters of the Cross, and the Carmelite Schools of the Charity of Zumaya.

He then joined forces with Sister Maria Josefa del Corazon de Jesus in founding the Consecration of the Servants of Jesus of Charity, their mission being to take care of the sick in their homes, the elderly, and children of the needy.

In 1872, the Second Carlist War broke out. Father Mariano was in Bilbao as it was being bombarded and under siege. Once again, he never lost sight of his purpose as a priest and did his best to minister to those in the city. In addition to all his ministerial work, he supervised the construction of the tower and façade of the new basilica being built which is today the Basilica of Santiago.

Sister Maria Josefa del Corazon de Jesus said at the time, “The entire city of Bilbao mourned his passing like that of a saint. It is everyone’s thought that he will be elevated to sainthood.”

Father Mariano’s cause for sainthood was initiated in 2003. He was declared Servant of God, and his cause moved to Rome. On July 11, 2020, Pope Francis declared Father Mariano a man of “heroic virtue.” He is now recognized as Venerable Mariano Jose de Ibarguengoitia Zuloaga.