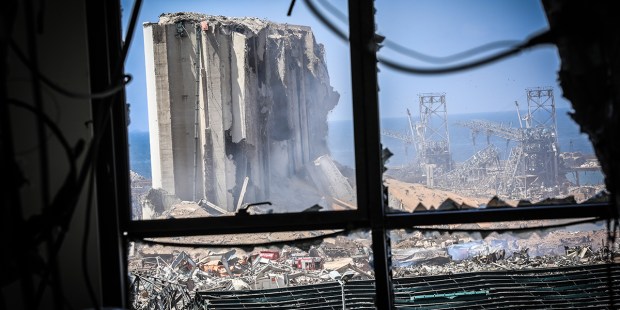 The body of one of the Maronite young people, named Joe, aged 25, was discovered deep in the rubble. He was holding a cross.

Thousands of young Christian volunteers are on the ground in Beirut delivering emergency help, as Lebanon reels from the explosion that ripped through the heart of the capital.

With schools, convents and parishes opening up as refuge centers following the August 4 blast, Msgr. Toufic Bou-Hadir, director of the Maronite Patriarchal Commission for Youth, described how teams of young people were clearing the debris and delivering urgent aid, with medicine, clothes, blankets and food in huge demand.

The priest highlighted the young people’s “amazing” response to what he called “an apocalypse” in which 300,000 families have been displaced. He made his comments in an interview with Aid to the Church in Need (ACN), which is providing food for 5,000 families affected by the explosion.

Msgr. Bou-Hadir, an ACN project partner, highlighted the ordeal of people desperately searching for news of missing loved ones and the trauma of trying to identify the dead from badly disfigured bodies being placed in a makeshift mortuary.

Amid reports that Beirut’s mainly Christian district of Achrafieh was affected worst by the blast, the priest described how the body of one of the Maronite young people, named Joe, aged 25, was discovered deep in the rubble. He was holding a cross.

Trapped for three days under the collapsed building, Joe Akiki was praying the whole time holding the cross in his hand, he died praying, he died quietly. #Beirut #Lebanon pic.twitter.com/YHwTbsXO48

Msgr. Bou-Hadir said that the Catholic youth had always resisted calls to leave the country, saying that he had—as Joe put it—to stay in order to “water the cedar,” the national symbol of Lebanon. The priest added: “Now, Joe has watered the cedar with his blood.”

Both Msgr. Bou-Hadir and fellow Beirut ACN project partner Sister Hanan Youssef stressed the toll of the explosion on the people, saying they were totally dependent on international aid as Lebanon’s economic crisis had rendered the country helpless.

Sister Hanan told ACN: “I survived 15 years of civil war and yet I could not imagine such a horrible thing happening to our people.” She added: “More than ever, the people are in need of help. We are so grateful for the prayers and support of our dear friends at ACN.”

Acknowledging the generous response of donors to the ACN Lebanon Emergency Appeal, Edward Clancy, director of outreach at ACNUSA, said: “I would like to thank those who are standing in solidarity with all who are suffering in Beirut at this tragic and painful time.”

“The support of ACN donors across the region and around the world is absolutely vital to sustain the Christian presence in the Middle East amidst the sufferings of conflict, violence, upheavals and tragedy.”

This article was first published by Aid to the Church in Need (ACN) and is republished here with kind permission. To learn more about ACN’s mission to help persecuted Christians visit   www.churchinneed.org